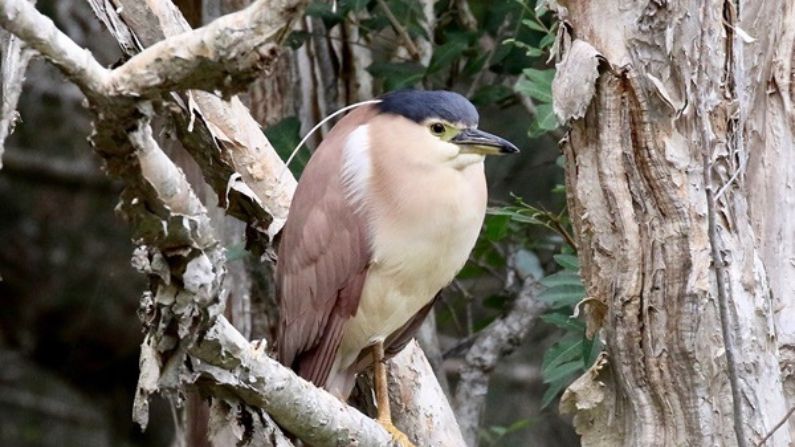 For the last Library wildlife talk of the year to be held in November, the Fraser Coast Branch of Wildlife Queensland will be presenting one of Alan Peebles’ beautiful DVDs on the birdlife of Arkarra Lagoons. Alan sadly passed away in January this year. In his later years, he was a strong supporter of Wildlife Queensland. He was a regular presenter in the Library, sharing his passion for our local wildlife.

Never failing to surprise, Alan has also filmed the bush birds around Arkarra. You will observe a female Blue-faced Honeyeater feeding her young, as well as seeing Scarlet, Brown and Lewin’s Honeyeaters. Included also are: Grey-crowned Babblers, Reed Warblers, Eastern Yellow Robins, Grey Butcher Birds, King Parrots, Rainbow Lorikeets and rosellas, Restless Flycatchers, White-browed Scrubwrens, Crested Pigeons, bee-eaters, pardalotes, kites and ospreys. The piercing sound of the Eastern Whipbird — not heard in suburbia — will startle you. You won’t miss the scarlet chest of the Mistletoebird or the cheeky behaviour of the Noisy Friarbird.