The Queensland Glider Network (QGN) was established in early 2006 to support glider populations by being a statewide hub for communication, education, data collection,  mapping, and information exchange.

species of glider are found in Australia

Australia and parts of South-East Asia are home to the world’s only gliding marsupials. The smallest glider species, the feathertail glider (Acrobates pygmaeus), and the largest, the southern and central greater glider (Petauroides volans), both rely on the eucalypt forests and woodlands of eastern Australia.

Vegetation clearing, along with a climate change-induced increase in the frequency and severity of bushfires, has driven declines in all glider species. However, greater gliders and yellow-bellied gliders (Petaurus australis), which are especially sensitive to habitat disturbance, have suffered the most. Both greater gliders and yellow-bellied gliders are now threatened under Commonwealth and Queensland legislation.

The goal of the QGN is to raise awareness of gliders and their habitat requirements in all Queensland local government areas to improve community knowledge and interest in these fascinating marsupials.

We aim to do this by: 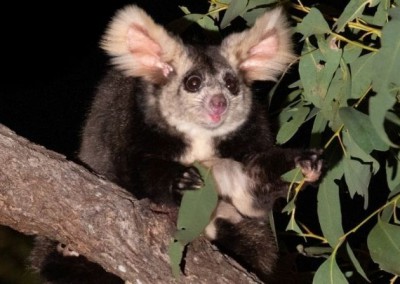 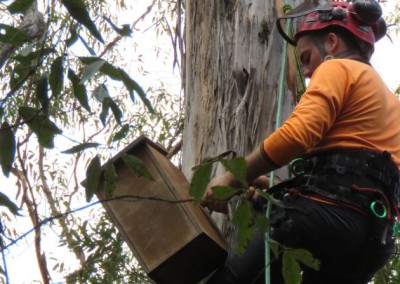 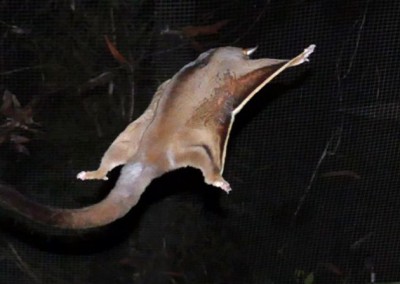 QGN is currently working with local councils, landcare and conservation groups on various projects. These include:

Revegetate to save our threatened gliders

A Revegetation Guide to the Threatened Gliders of Southern Queensland explains the habitat needs of Queensland’s two largest gliding marsupials — the greater glider and the yellow-bellied glider — and what you can do to help them, particularly in regions affected by the 2019–2020 bushfires.

The guide is available to view as a flipbook and can also be downloaded as a PDF document. Or Email us to request a printed copy.

To view the guide:

Spotted a glider in the wild? Contribute to our work by reporting your sighting

In this Wildlife Queensland webinar, we discuss the conservation needs of SEQ’s large gliders post-bushfire and the techniques and survey methods being used to find and safeguard these species.

END_OF_DOCUMENT_TOKEN_TO_BE_REPLACED

Download our comprehensive new guide to revegetating for gliders today!