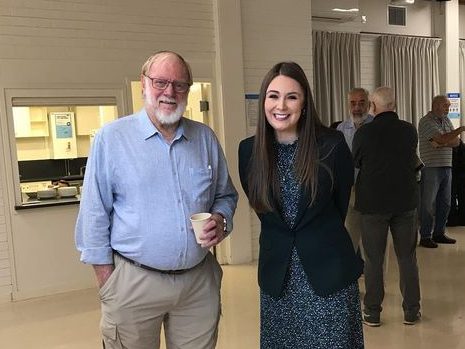 Wildlife Queensland commends the Palaszczuk Government’s stand against the Federal Government’s attempts to further weaken Australia’s environmental laws as espoused on 2 June 2021 by the Hon. Meaghan Scanlon MP Minister for Environment and the Great Barrier Reef and Minister for Science and Youth Affairs.

Queensland says it will resist a Morrison government push for states to take on greater responsibility for environmental decision-making unless it backs stronger national standards to protect wildlife.

“This is certainly a step in the right direction,” says Des Boyland, spokesperson for Wildlife Queensland.

“Credit must be given where credit is due and the Queensland Government’s current action in derailing the Morrison Government’s intentions should receive the applause it deserves.”

Prof Samuel in reviewing the EPBC Act 1999 advised that the legislation – and its implementation – was failing to achieve its purpose, yet the Morrison Government is hell-bent on weakening the legislation and its use even further by devolving Commonwealth functions and streamlining processes to the States by bilateral agreements.

“Ineffective management and enforcement of the EPBC Act 1999 has permitted development in areas across Queensland resulting in significant habitat loss and a subsequent major decline in many native species, including the vulnerable koala and greater glider,” says Boyland.

Minister Scanlon MP recently addressed more than 70 delegates to Wildlife Queensland’s Protected Areas Matter Symposium on 23 May in Brisbane on the Palaszczuk Government’s stand on protected areas, outlining its ten-year Protected Area Strategy supporting the growth, management and sustainability of national parks and other protected areas, which includes an initial investment of $60 million.

The Minister also welcomed the chance to share the news that the Queensland Government has purchased a lease on Wild Duck Island, the largest nesting site in Eastern Australia for flatback turtles, to better protect turtles over an additional 118ha as well as finalising the purchase of additional land adjacent to Mon Repos Conservation Park.

While appreciating these positive actions, the funding allocations are significantly less than is required to address the challenges of arresting the decline in wildlife let alone reversing the trend. The failure to reinstate the cardinal principle of management of national parks is gravely disappointing.

“The Palaszczuk Government would do well to revisit those actions days of Goss/Comben and see what can be achieved for the enhanced management of our wildlife and its habitat,” says Boyland.

In the meantime, Wildlife Queensland anxiously waits to see the Queensland Government’s attitude and the position adopted when the Morrison Government finally responds in full to Professor Samuel’s review and stops cherry-picking recommendations that suit their purpose all in the name of progress.