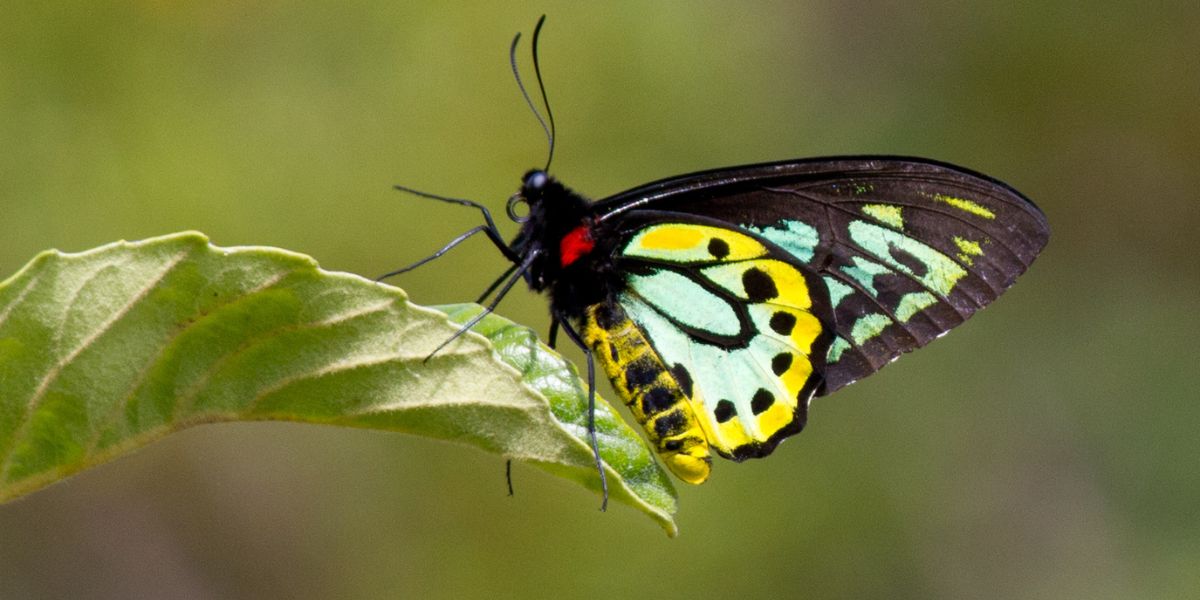 Historically, the Richmond birdwing butterfly (Ornithoptera richmondia) and its larval host vine — the birdwing butterfly vine (Pararistolochia praevenosa) — inhabited parts of the Redland City Council region. Due to habitat loss, wild populations of both the butterfly and the vine are no longer present. Individual sightings of the butterfly still occur in the Redlands region, however, suggesting the area has excellent potential for recolonisation.

The RBCN’s goal is to plant 200 birdwing butterfly vines to entice butterflies from Tamborine Mountain to expand northeastwards to Mount Cotton, thus enabling the natural recolonisation of the Richmond birdwing butterfly population. South East Queensland’s largest butterfly, the Richmond birdwing is currently listed as Vulnerable, and its larval host vine is listed as Near Threatened under the Queensland Nature Conservation Act 1992 (NCA).

“Over the years, Redland City Council has played a significant role in conserving the Richmond birdwing butterfly through working with the community, landholders and the RBCN to deliver workshops, distribute and plant vines, and address drivers of species decline (especially invasive poisonous weeds like Dutchman’s pipe) within the local area,” said Matt Cecil, Wildlife Queensland Projects Manager.

“This project builds on previous work to raise the public awareness needed to work towards a sustainable population of the beautiful Richmond birdwing butterfly inhabiting the Redlands region.”

The spread of this vine across the butterfly’s range, in combination with its lethal leaf toxicity, identifies Dutchman’s pipe as a key threatening process in the decline of this beautiful butterfly. If left untreated, Dutchman’s pipe may compromise the recovery of the Richmond birdwing butterfly in the Redlands.

To address Dutchman’s pipe infestations, the RBCN is engaging contractors to remove the weed from key properties within the Mount Cotton area. Redland City Council is also encouraging local landowners around Mount Cotton to actively participate in weed control activities.

“Eliminating the toxic Dutchman’s pipe vine from the Redlands region will play a major role in the conservation of both the Richmond birdwing butterfly and its host plant, the birdwing butterfly vine, and is vital to achieving the long-term goal of seeing birdwing butterflies thrive in the region once again,” Cecil said.

How to get involved

To increase community awareness of the species, the RBCN and Redland City Council are hosting a FREE Richmond birdwing butterfly workshop at Redlands IndigiScapes Environmental Education Centre on Saturday 10 September 2022 from 9:30 am to 12:00 pm.

During the workshop, Phil Moran from the RBCN will teach participants all about the vulnerable butterfly species and how to grow its near-threatened host vine. Each attendee will also receive a free birdwing butterfly vine to plant on their property.

Redland City Council is proud to provide funding for this RBCN Community Education Day as part of the Birdwing Butterfly Vines for the Redlands Project to assist the Redlands Coast community.