On-going monitoring of platypus populations using multiple survey methods will provide information vital to the conservation of this iconic species.

Recent research suggests that declines in Australia’s platypus population have been underestimated and the population may have halved since Europeans arrived.

The research on historical records[i], conducted by scientists at the University of New South Wales, indicates that in the last 10 years, platypus have not been found in 44 per cent of the sub-catchments where they were historically recorded.

The research also shows that platypus have disappeared from large areas. One significant area is the Murray-Darling Basin, and the study points to poor water management combined with a lack of water as contributing to the decrease in platypus numbers in that area. 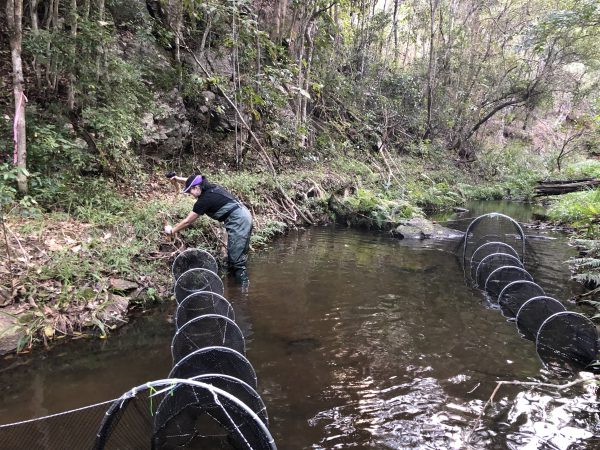 In Queensland, it is a similar story. Wildlife Queensland’s PlatypusWatch program has responded to this historical reduction in sightings. As a result, we launched PlatyCount 2016 which investigated a reduction over 20 years in observational records within Queensland. Was this because the public was losing interest or were we losing platypus, specifically, within the greater Brisbane region where there is increasing human impact?

The funds raised from the PlatyCount 2016 campaign appeal allowed us to implement the environmental DNA (eDNA) project that Wildlife Queensland has continued for the last 4 years in this region.

eDNA is nuclear or mitochondrial DNA that is released from an organism into the environment. As part of their everyday activity, aquatic animals shed DNA from their bodies which is dispersed via water movement. The process of eDNA sampling involves collecting simple water samples and sending them for processing to a diagnostic laboratory where the DNA is then extracted if present.

In yet to be published data, we have confirmed that certain waterways within the greater Brisbane region that have historical records, no longer have platypus residing in them.

“These waterways have historical observational records but the lack of eDNA has confirmed, through repeated sampling, that platypus no longer persist there,” says University of Queensland PhD candidate and Wildlife Queensland PlatypusWatch project officer, Tamielle Brunt.

One noticeable concern Brunt observed while platypus trapping in the greater Brisbane region recently is the lack of water, causing fragmented pools.

“Even though platypus have been through drought over hundreds of years, the added human impacts would not be helping them survive,” says Brunt.

Within both urban and agricultural human-impacted areas, freshwater waterways are highly impacted upon by:

“Knowing where they are and details of population dynamics can help implement specific conservation actions,” says Brunt.

People can help their local platypus populations by joining catchment groups (also see more information below). They implement workshops that rehabilitate banks and clean up the waterways, all helping the platypus and other species to survive.

People can also record their sightings for scientists to monitor at PlatypusWatch via email to platypus@wildlife.org.au or via the PlatypusWatch Platypus Sighting Form.

Wildlife Queensland will be presenting on the practical implementation of using DNA to research and protect the platypus at EnviroForum 2019 on 22 August at the Ipswich Civic Centre.

For more information and bookings, head to the EnviroForum 2019 event page.