Celebrating our forests on International Day of Forests

The United Nations declared 21 March the International Day of Forests in 2012 to raise awareness of forest habitats and encourage local, national and international efforts to protect and restore forests. Around 80% of the world’s terrestrial biodiversity exists in forests, which combined contain 60,000 tree species; however, 420 million hectares of forest (an area bigger than India) have been lost since 1990.

This year’s theme is ‘Forests and sustainable production and consumption.’ Using forests more sustainably means first protecting forest habitats, but also creating economies based on renewable wood and reusable or recyclable tree-based products to reduce our carbon footprint and prevent further destruction of these vital lungs of the Earth.

Nearly one-third of the Earth’s land surface is forested and many communities rely on forests for shelter, food and medicine. These green spaces help produce the oxygen we breathe and sequester carbon to combat climate change, but they are also vital habitats for multitudinous plant and animal species, some of them ancient, endemic and endangered. 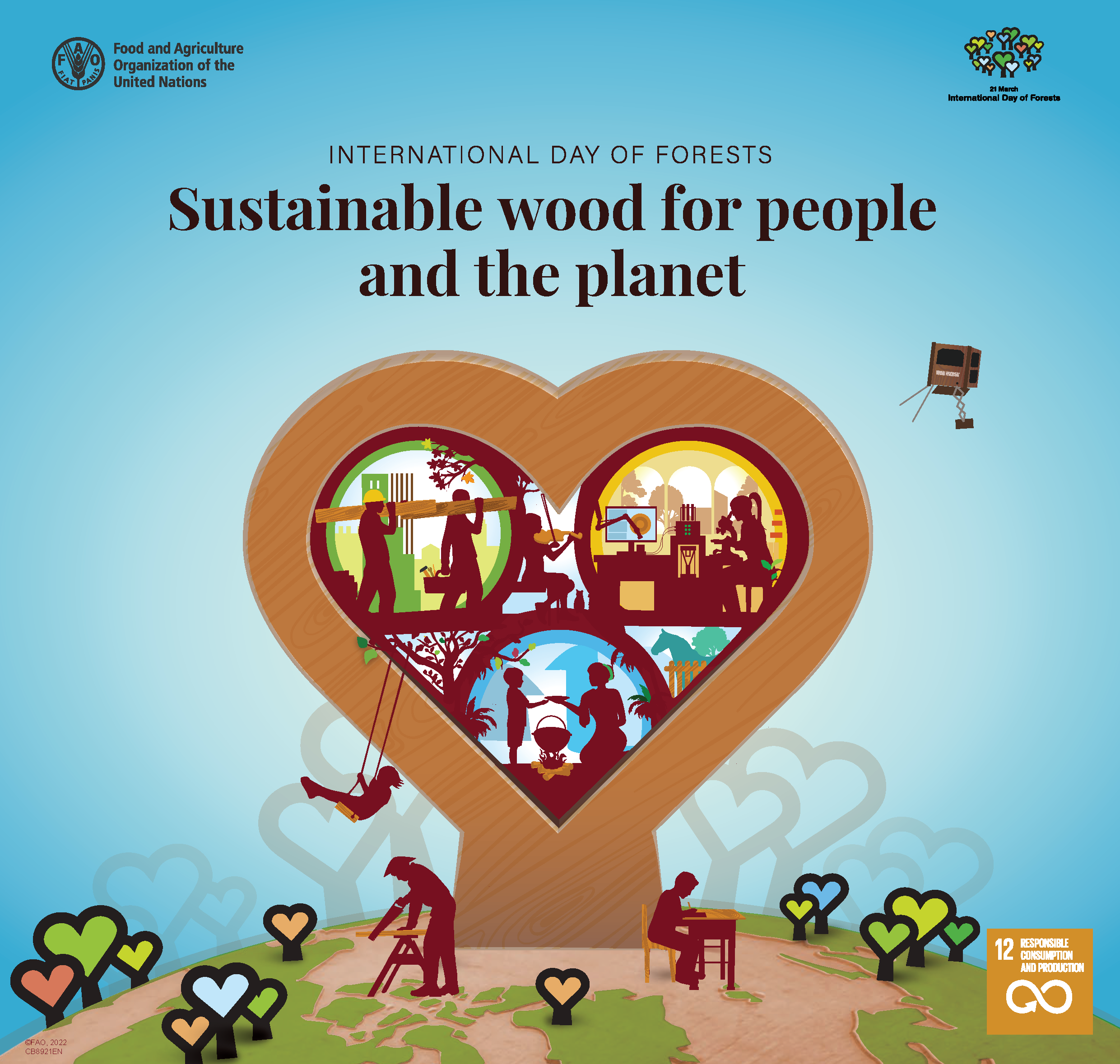 From monsoon forest to cloud forest, tropical rainforest to dry and wet eucalypt forest, the length of Australia’s east coast is a mosaic of remnant forest, all of which requires protection. In the north and into the Top End, monsoon and mangrove forests line the shores, and in the Southwest of Western Australia tower giant karri and tingle forests. Tasmania, of course, is a time capsule from Gondwanan times, featuring stands of mighty mountain ash (Eucalyptus regnans) and unrivalled wilderness that shelters dasyurids, such as the spotted-tailed quoll and eastern quoll.

Queensland’s Gondwanan rainforest is also among the oldest forests in the world. World Heritage-listed forests in the south contain mossy Antarctic beech (Nothofagus moorei) and help filter and cool the air. Unfortunately, the drying climate has made even these vulnerable to bushfires, where they used to provide a damp buffer zone that protected against fire. In the north, the Wet Tropics rainforests are considered a ‘living record’ of plant evolution, featuring both ancient gymnosperms and some of the earliest angiosperms (flowering plants), which arose 135 million years ago. Of the world’s 28 primitive angiosperm lineages, 16 are found in the Wet Tropics of Queensland and several are endemic.

Queensland’s Wet Tropical rainforests are also home to evolutionary curiosities such as the musky rat-kangaroo (Hypsiprymnodon moschatus), the sole living members of an ancient lineage, and Southern Hemisphere specialities such as cuscuses, tree-kangaroos, and birds of paradise. Of the flora, archaic endemics flourish in these relict forests, including Araucarians (ancient coniferous plants such as the Bunya pine, Agathis kauri pines and Wollemi pine in New South Wales), and king ferns.

The importance of eucalypt forests

Among the most common forests on the Australian continent are the wet and dry sclerophyll forests, historically among the most abused. Today, more than 95% of Australian plantations and state forests are certified sustainable; however, past governments allowed extensive logging and clearing of eucalypt forests for development, housing and agriculture. In some places, eucalypt forests were almost entirely replaced with plantations of introduced tree species, which, while sustainable, are rarely suitable ecosystems for native wildlife. This has had a catastrophic effect on arboreal and hollow-dwelling forest wildlife, such as koalas, greater gliders, quolls, and black-cockatoos, which require eucalypts for food, shelter or nest/den sites.

While sustainable forestry management is crucial to the ongoing survival of many species, Indigenous Australians have known for millennia that the value of forests is not only in their wood, but also in the food and medicinal benefits forest species provide. As well as protecting biodiversity, generating soils, filtering water, and replenishing nutrients, forests serve as areas where individuals can draw closer to nature and to wildlife. Spending time in Queensland’s astonishing forests reveals them to be not only refuges but essential powerhouses of biodiversity that, when managed properly, help protect life on Earth.

Help save our forests by: