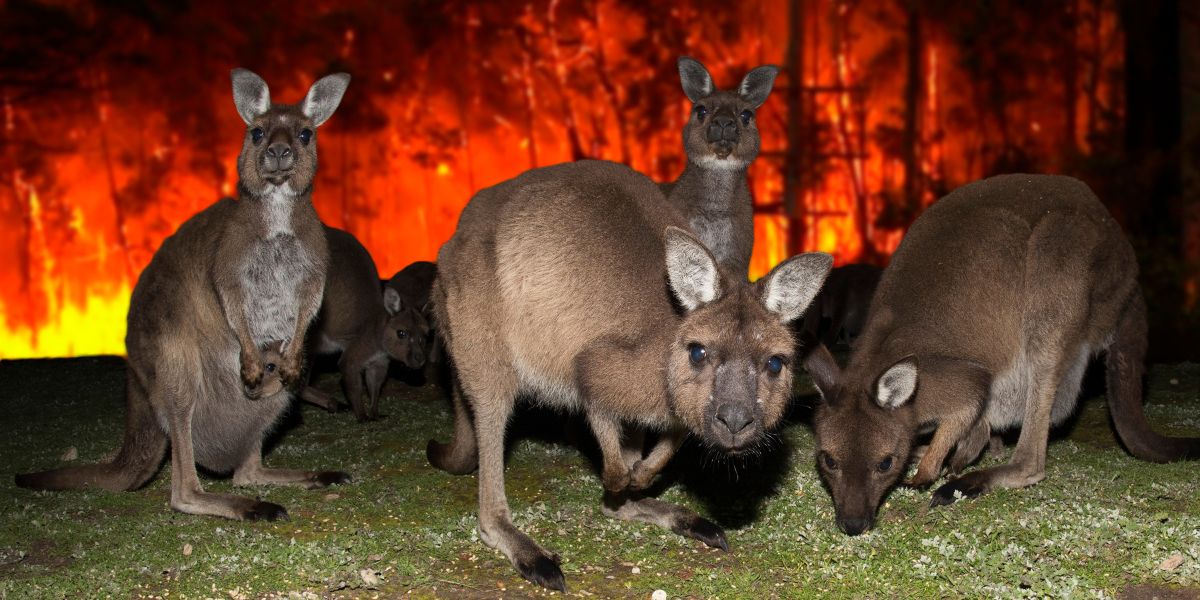 Produced in 2021 but withheld by the previous administration until after the election, the report is simultaneously frustrating and unsurprising to those who work in the conservation space. It reports deteriorating habitats, poor outcomes for many species, underfunding, and ever-increasing listings and uplistings to the Environmental Protection and Biodiversity Act 1999.

‘We’re witnessing the slow death of our environment by a million cuts,’ suggests Des Boyland, Wildlife Queensland’s policies and campaigns manager. ‘Cuts to funding across the board over decades have got us to the mess we’re in, and only a rapid increase in funds and efforts will prevent further bad news in the next report. Indeed, one has to wonder whether those charged with the responsibility and allocation of funds learnt nothing from the State of the Environment Report 2016?’

Of course, there were also some successes, with reported positive trajectories for some 21 species – still not many when you consider the sheer number of recovery plans required.

‘One positive note is that the successes do show that given adequate funding and commitment, a science-based plan with regular reviews and, above all, political willingness to create change, positive outcomes, such as the Queensland recovery of the bridled nail-tail wallaby, are achievable,’ says Boyland.

The issues the report raises are compounded by extreme weather such as recent droughts and widespread bushfires and flooding – harbingers of potentially even more destructive climate change to come. However, while climate change has surfaced as a growing community concern, the messaging to link it to the impact on our wildlife still appears to be failing.

Again, this is not news to the land managers and project officers on the ground, the conservationists in the field, or the national park managers being told to focus on ‘visitor experience’ at the expense of biodiversity (because ‘visitors vote and other species don’t’) in the very refuges established to preserve wild land for wildlife. This constellation of threats paints a tenuous picture for biodiversity and for the long-term survival of many of our most threatened species, especially those already barely subsisting at the extent of their natural temperature range or in fast-fading habitat.

The failure of successive governments to effectively devise—and, crucially, to fund and implement—strategies aimed at stopping land clearing and land use changes, halting the march of invasive species, and prioritising biodiversity over resource extraction or commercial exploitation of ecosystems and their critical resources, are glaringly apparent on almost every page of this report. If the state of our environment comes as a shock to the public or the politicians, then surely the next step must be to jolt them into action.

The report’s most damning additions include:

How do we fix this?

Subsequent poor State of the Environment reports would suggest this problem is akin to the proverbial can being kicked down the road. So, what has to change now to address the dismal state of our environment?

‘Increased and immediate funding to address this crisis facing our wildlife is essential,’ says Boyland. ‘The decline in funding as a percentage of both State and Commonwealth budgets must cease, and it must cease now. Yet, until the broader community informs the politicians that they want real change and real spend to address these issues and prioritise the environment, nothing much will change.

‘Minister Plibersek has indicated that fundamental reform of Australia’s environmental laws is required and is a priority for the Albanese Government,’ says Boyland. ‘Wildlife Queensland consistently advocates for stronger environmental legislation at all levels of government and welcomes the Minister’s statements but we will applaud them only when delivered. In the interim, our wildlife and its habitat would benefit from decision-makers using their existing powers more judiciously.’

The announcement that Australia will be party to the 30 by 30 campaign — which aims to protect 30 per cent of Australian land and waters by 2030 — is received with hope but also with some caution. It is not yet clear what percentage of that 30 per cent will be the new element in the conservation toolkit, the OECM (other effective area-based conservation measures), rather than traditional protected areas.

At least now, thanks to the Albanese Government’s release of the State of Environment Report 2021, the Minister’s focus is on our wildlife and its habitat, and the monumental task of conserving biodiversity in this country is once again laid bare for all to see.

‘A whole of Government approach will be required,’ adds Boyland. ‘Preventing vegetation clearing for urbanisation and agriculture, as well as re-examining biosecurity needs and invasive species, and addressing exploitative industries such as mining will all have a role to play. As much as this report is a starting point for urging real change, ultimately, only actions, not words, will arrest this decline for wildlife and reverse the downward spiral towards extinction and loss.’