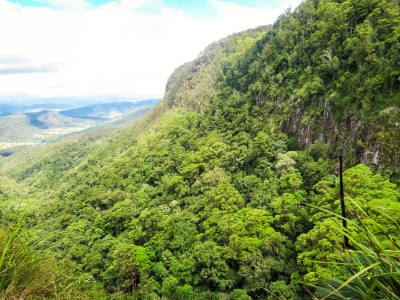 In the lead-up to the State general election, Wildlife Queensland provides a roundup of election policies that may impact our environment and its wildlife over the coming four years.

Queensland’s State general election is on Saturday, 31 October 2020, and early voting will start on 19 October 2020. This year’s state election will mark the first time Queenslanders have been asked to determine who should govern since the state introduced set four-year terms.

To date, Wildlife Queensland has reached out to three of the political parties, in alphabetical order, the Greens, Labor and Liberal National Party (LNP) for statements on their key election policies and commitments for the environment.

The Greens’ policies speak for themselves and their actions leave no doubt about their care for the environment and its wildlife. The Greens and Wildlife Queensland share the same attitude to fire management: back burns and prescribed burns certainly have a place provided they are underpinned by science, comply with advice from emergency services and do not pose threats to people or infrastructure: https://greens.org.au/bushfires.

The Greens support the war against plastic waste. Both in Queensland Parliament and in the Senate, the Greens have consistently demonstrated a rational and pragmatic approach when it comes to enhancing and strengthening environmental legislation. Their policy on Biodiversity and the Environment is here, and the plan for Queensland that they are taking to this state election is here, including a roadmap to 100 per cent renewable energy by 2030.

Labor highlighted the expansion to the Protected Area Estate since their election in 2015  ̶  more than 1.2 million ha representing about 8.7 per cent of Queensland and pointed out that:

Mr David Crisafulli, current Shadow Minister for Environment, Science and the Great Barrier Reef and LNP Member for Broadwater spoke recently at a meeting of conservation organisations convened by the Queensland Conservation Council. Mr Crisafulli highlighted achievements of the Coalition over the last century, adding that currently there is strong support from the LNP for the war against waste and disappointment at the rate of progress in growing the Protected Area Estate.

Wildlife Queensland must also state the LNP played a key role in the banning of the single-use plastic bag in Queensland.

For the waste levy to have any environmental benefit, clearly more funds have to go to environmental initiatives and not to line the State Government’s pockets. Barely any of the money raised from the levy has gone towards environmental programs for Queenslanders. The rest is going to government, including into Treasury coffers.

With no protected area strategy and no budget, it’s clear that Labor has no plan for Queensland conservation or jobs. The Palaszczuk Labor Government promised it would implement a Queensland Protected Area Strategy, but one hasn’t been developed yet.

The LNP is committed to continuing our legacy of strong environmental protection, which includes establishing over a million hectares of nature refuges, founding the Queensland Parks and Wildlife Service and creating over 100 national parks.

Note: Wildlife Queensland is apolitical and endeavours to work with the Government of the day to achieve enhanced management of our environment, our natural land and seascapes as well as our wildlife (plants and animals). Rarely if ever do our policies and aspirations completely align with those of the government of the day. However, usually, some common ground can be found and by collaborating and working together some benefits will flow to the environment and its wildlife.

Apart from the progress made in the war against waste, Wildlife Queensland has been disappointed with the treatment of the environment and its wildlife following the 2017 election.

We encourage you to ask your local candidates about their plans to enhance the environment and protect and conserve our wildlife.

The Electoral Commission of Queensland (ECQ) has significantly revised its essential services for the 2020 State Election in view of the COVID-19 global pandemic and in line with the health and safety measures introduced for the local government elections held on 28 March 2020.

The ECQ will deliver a ‘mixed model’ election which features expanded in-person and postal voting options, with telephone voting for eligible electors only. All measures will be implemented based on advice from Queensland’s Chief Health Officer.

For more information, refer to the ECQ’s Statement of Intent.