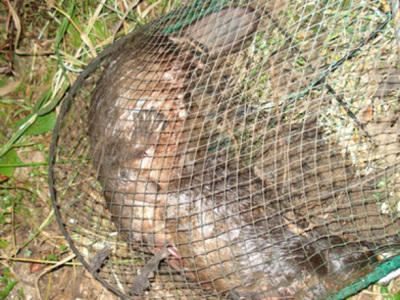 Members of Wildlife Queensland’s PlatypusWatch and Watergum met with the Minister for the Environment and the Great Barrier Reef and Minister for Science and Youth Affairs, the Hon Meaghan Scanlon MP, in late February to discuss platypus conservation issues in Queensland and brief her on the urgency of increasing platypus protection in the state. Issues discussed included:

The iconic platypus faces an increasing number of threats impacting its survival. It is currently listed as Near Threatened under the International Union for Conservation of Nature (IUCN) Red List but is not currently listed at risk under Australia’s Environmental Protection and Biodiversity Act 1999 (EPBC Act).

In Queensland, the platypus is listed as Least Concern, restricting the protection measures for this species, especially in areas highly impacted by development, modified waterways and poor water quality. The discrepancy in conservation status has arisen from a lack of data on the population dynamics of platypuses, especially in Queensland, leaving us without sufficient knowledge to mitigate the threatening processes.

Recently published results from Wildlife Queensland’s PlatypusWatch environmental DNA (eDNA) surveys in the Greater Brisbane region (Brunt et al. 2021) highlight areas of concern and decline. There is an urgency to develop an action plan for future research, habitat management and protection that will safeguard the platypus in Queensland.

“It’s time Queensland takes the threats to platypuses and their habitats seriously. We cannot be behind the eight ball with an icon such as the platypus. They are a species that can disappear right under our noses and need increased protection. Queensland should be proud to have platypuses from south to north of the state and we have some prominent viewing hotspots! We cannot let their populations decline and take action when it’s all too late!” says ecologist and PlatypusWatch Project Officer, Tamielle Brunt.

Save our platypuses from drowning deaths

Wildlife Queensland’s PlatypusWatch needs your support to help stop the unnecessary harm to air-breathing animals such as platypuses, rakali and freshwater turtles, that occurs via the use of enclosed yabby traps (i.e. Opera House Nets) in Queensland.

Copy and paste the below statement, add your details and send by email to:

RE: I support a Queensland ban on Opera House Nets

In Queensland (and other eastern states) air-breathing animals are being caught and drowning horrible deaths in ‘set and forget’ enclosed yabby traps, such as Opera House Nets.

​The preventable drowning deaths of air-breathing animals is:

I support a change in legislation/regulation to ban the use of enclosed yabby traps (Opera House Nets) in Queensland.

[Your Name, Address and Signature]