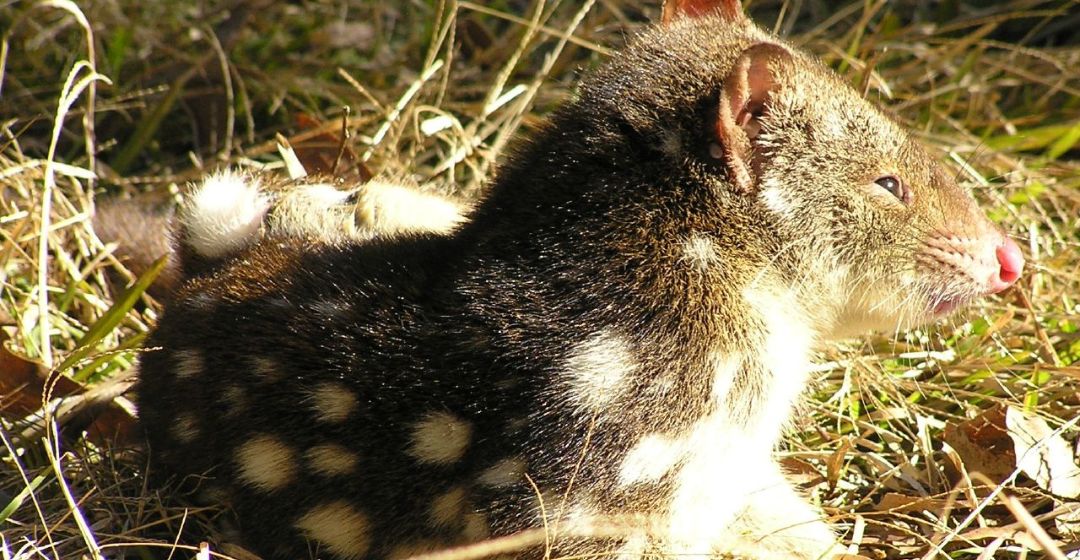 Once common in South East Queensland, the spotted-tailed quoll is now largely restricted to the Southern Downs in southern Queensland, and the northern quoll to areas north of Proserpine in central Queensland.

Both quoll species are listed as nationally endangered under the Environment Protection and Biodiversity Conservation Act 1999.

Historically, both these marsupial carnivores occurred in the Sunshine Coast Hinterland. Anecdotal reports suggest that a low-density population may exist in the region’s larger national parks and state forests.

As part of the ‘Community Surveys for Quolls in the Sunshine Coast Hinterland‘ project, QSN will engage community volunteers to undertake camera trap surveys in protected areas west of the Sunshine Coast, from Bellthorpe National Park in the south to Woondum National Park in the north. The survey sites have been chosen based on historical quoll records and proximate anecdotal sightings since 2010.

“The discovery of either of these species would be of critical importance to their conservation,” says Wildlife Queensland project officer Paul Revie.

“Because of infrequent sightings in Queensland and the shy nature of quolls, it is difficult for researchers and conservationists to estimate how many individuals remain,” adds Revie.

“This project aims to discover any additional quoll populations remaining in South East Queensland and gain information that can be used toward implementing conservation measures to stabilise and enhance these populations.”

QSN will also host two Quoll Discovery Day workshops to provide community members with the opportunity to get involved in the project, and to learn about quolls and relevant survey and analysis techniques.

In addition, an online platform for image analysis will be created so that volunteers from all over Queensland (and further afield) can assist in data analysis.

Head to the Community Surveys for Quolls in the Sunshine Coast Hinterland project page for more information and to register your interest in participating in upcoming quoll surveys.

Details of upcoming Quoll Discovery Days will be posted on the Quoll Seekers Network Facebook page, in the Wildlife Queensland What’s On Calendar, and in our e-news bulletin.