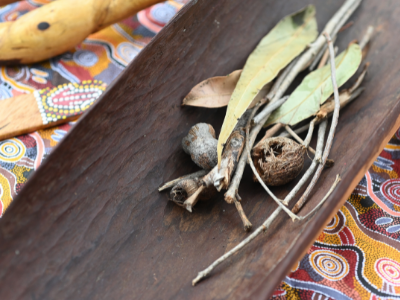 All across the world, 31 July celebrates and supports those who work to protect the planet’s natural treasures and cultural resources and honours the courage and sacrifice of rangers who have given their lives in the line of duty. In many countries, these brave men and women represent the ‘thin green line’ of defense that separates endangered species in the wild from poachers and illegal wildlife traffickers.

Where it all began …

The first World Ranger Day took place in 2007. An initiative of the International Ranger Federation (IRF) and its official charity, The Thin Green Line Foundation, it was held in celebration of the 15th anniversary of the IRF’s founding. It has since become a globally recognised day for paying tribute to the men and women who dedicate their lives to preserving their countries’ natural landscapes.

In Australia, our national park rangers are at the frontline of conservation, working all across the continent in national parks and reserves from arid deserts to the tropics and marine parks.

Australia is also lucky to have increasing numbers of Indigenous rangers, funded most significantly through the Federal government’s Indigenous Rangers and Indigenous Protected Areas program (formerly known as Working on Country). This program draws upon Indigenous rangers’ traditional knowledge and connection to Country, which, combined with modern conservation techniques, maximises the management of land and sea environments in Australia.

Currently, 46.53% of Australia’s national reserve system is comprised of Indigenous Protected Areas. As of April 2021, the program supports 129 ranger groups across Australia and funds more than 2100 jobs. The initiative has also resulted in positive social benefits, particularly in remote and regional areas, where increased opportunities to work on Country were found to enhance cultural pride and language use and to provide positive role models for youth.

Last year, the Hon Ken Wyatt AM, MP, Minister for Indigenous Australians, and the Hon Sussan Ley MP, Minister for the Environment, announced the allocation of $102 million annually to continue to fund Indigenous Rangers programs and activities to 2028.

Australia’s vast and unique landscapes — most of which face significant risks from bushfires, feral and invasive animal and weed species, human encroachment and climate change — are a great challenge to manage, but it is a challenge that our hardworking rangers tackle with the utmost dedication and perseverance.

So thank you, today and every day, to all who work for the greater good of our national parks and reserves, flora, fauna and cultural heritage.

Show your support with #STANDWITHRANGERS

This World Ranger Day, you can recognise the vital work our rangers do by: