Australia has more than 1600 species of native bees and 8 species of carpenter bees. Amongst the largest are the two groups of carpenter bees: Xylocopa (Koptortosoma) and Xylocopa (Lestis). Species in the subgenus Lestis are metallic green in colour, while those in the subgenus Koptortosoma are coloured quite differently. While most Australian carpenter bees are not threatened or endangered, they are of interest due to their spectacular appearance as well as their role as pollinators. Along with a few other groups of bees, they possess the ability to ‘buzz pollinate’.

Carpenter bees are named after their ability to carve nest burrows in timber or pithy stems using their strong ‘mandibles’ or jaws. In 1802, French entomologist Pierre André Latreille first described the genus whose name is derived from Ancient Greek and translates to ‘wood-cutter’.

Great carpenter bees prefer a warm climate. Both X. aruana and X. lieftincki occur in the Northern Territory, Queensland and northern parts of New South Wales and Western Australia (in the Kimberleys). X. aruana also occurs in New Guinea. The distribution of both bees overlaps to some degree; however, X. lieftincki is usually found further inland than X. aruana, and is confined to Australia.

Bees in the Koptortosoma subgenus

Females — The females have a glossy black abdomen and their thorax is covered with bright yellow fur except for a small black oval at its centre. They can grow up to 23 mm in body length. As the gatherers of pollen for their young, the females are more often seen than the males. They make a loud buzzing sound when visiting flowers, and on occasion, have been mistaken for the introduced bumblebee (Bombus terrestris) which grows to a similar size. The latter, however, is currently confined to Tasmania where it was unintentionally introduced in the 1990s.

Males — The males are very different from the females in appearance, with yellowy-brown or olive fur covering most of their bodies. They can grow up to 26mm in length and do not sting.

Females and males both have smoky-coloured wings.

Distinction between the two species

It wasn’t until 1997 that X.(K.) lieftincki was recognised as a separate species from X.(K.) aruana thanks to research by Dr Remko Leys of the South Australian Museum. The distinction was discovered by microscopic comparison of various characteristics of the males, as the females appear to be virtually identical.

Female great carpenter bees are attracted to the males when they detect the strong scent of a ‘pheromone’ or chemical perfume released by the males. The males establish individual territories, usually high in the tree canopy, which is also why they are seldom seen.

The females burrow out the nests, some of which may consist of a number of tunnels. They lay eggs on individual mounds of honey and pollen which are sealed with chewed wood particles, thus forming the brood cells. Females of subsequent generations have been known to occupy the same nest, and adult female carpenter bees may even feed their adult daughters. For this reason, carpenter bees are sometimes referred to as ‘para-social’, unlike the vast majority of Australia’s native bees which lead a solitary existence.

Some plants store their pollen inside their saclike anthers which are usually tubular in shape with a small opening or pore at the top. A specific technique is required of insects wishing to collect this pollen. Some of our Australian native bees, including carpenter bees, use this technique known as ‘buzz pollination’ or ‘sonication’. The majority of native bees and the introduced honey bee (Apis mellifera) are not capable of performing the technique.

The female carpenter bee lands on the flower, curls herself around the anthers, and vigorously vibrates her flight muscles while buzzing loudly. The frequency of the ‘buzz pollination’ wing action is different from that used for flying, and the sound made by each of the two can be easily distinguished. The rapid movements loosen the pollen which flows out through holes in the anthers in a fine spray and onto the bee’s body.

Plants that hide their pollen in this way include native wildflowers such as Senna, Hibbertia and Dianella species, and commercial food crops such as tomatoes, capsicum, eggplants, chilli peppers, kiwifruit, blueberries and cranberries. Research is being conducted into the use of carpenter bees for passionfruit pollination.

Other known food plants include: 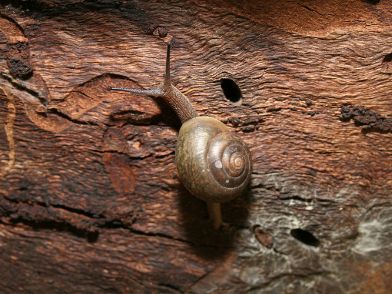 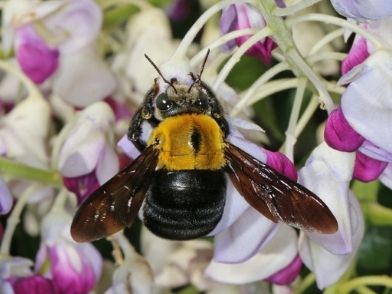 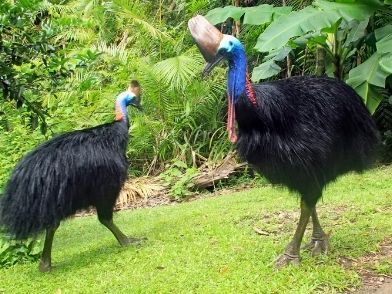 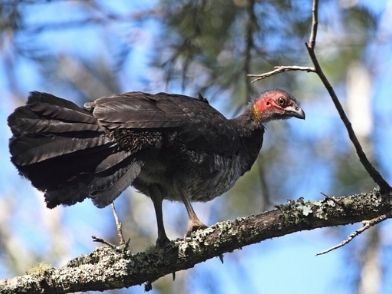