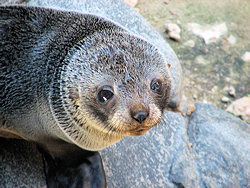 As reported previously on this website, the Council of Australian Governments (COAG) recently reaffirmed its commitment to broad environmental regulation reform that enhances efficiency and increases certainty for business while maintaining high environmental standards.

The imminent threat of devolving environmental assessment powers to States and Territories vanished. Wildlife Queensland is of the view that has not completely disappeared.

The Labor Party has not ruled such a move out completely. Recently the Opposition Leader, Tony Abbot, committed to reducing ‘red and green tape’ and also committed to handing over approvals to States

It is obvious the Greens also share Wildlife Queensland’s concerns and have introduced an amendment Bill into the Parliament- The Environment Protection and Biodiversity Conservation Amendment (Retaining Federal Approval Powers) Bill 2012. The thrust of this Bill is to retain the Commonwealth’s approval powers and not devolve them to the States and Territories.

Wildlife Queensland appreciates the necessity to achieve a balance between conservation and preservation of our biodiversity and provision for ecologically sustainable industries and recreational opportunities. However, it is well recognised that this balance is not being achieved and it is well established that our biodiversity is in decline.