Plotting platypus distribution one water sample at a time

As Greater Brisbane grows in urbanisation, the pressures placed on freshwater ecosystems and the resources that platypuses need to survive also increase.

Noticing a decline in reported platypus sightings, in 2016 Wildlife Queensland initiated this project to use a new and exciting monitoring method, called environmental DNA (eDNA), to sample waterways for evidence of platypuses. Funds raised from the PlatyCount 2016 campaign appeal helped establish the project, which aims to:

Since launching with 66 sites sampled, the project has now grown to have sampled 200+ sites across 67 waterways in 5 Local Government Areas. The team works closely with local councils, researchers and citizen scientists.

This eDNA program is crucial for monitoring this elusive species and has revolutionsied how PlatypusWatch Network project officers identify population strongholds, increasing our understanding of platypus distribution within the state. 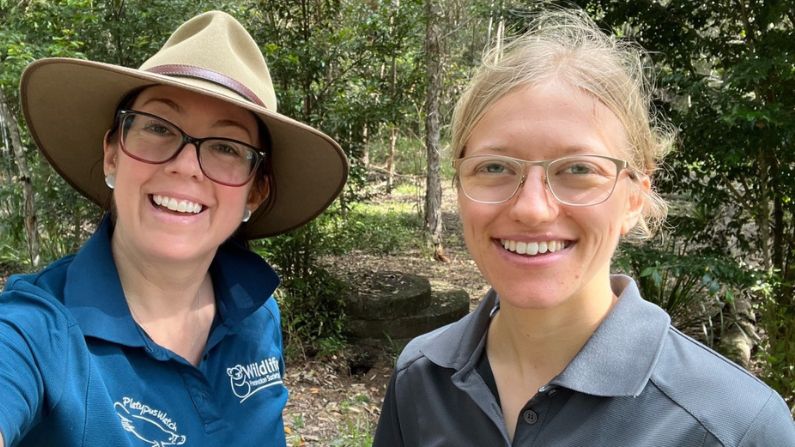 Project Officers Tamielle Brunt and Hannah Thomas in the field. 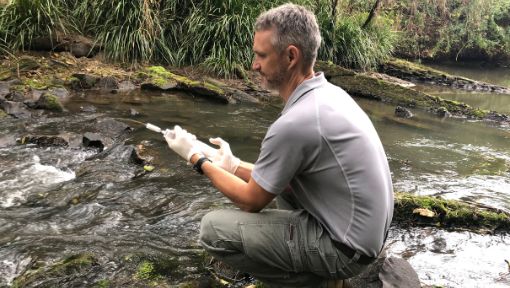 Our 2022 eDNA survey collaborations with three councils resulted in highlighting waterways that are strongholds for platypus populations, even after 2019’s drought, 2020’s fires, and the more recent floods. The Moreton Bay region, particularly, has had consistently positive eDNA detections over the years. Platypus populations are also persisting in the North Pine and South Pine Rivers, despite visible signs of erosion and sedimentation in the urban areas of these catchments. 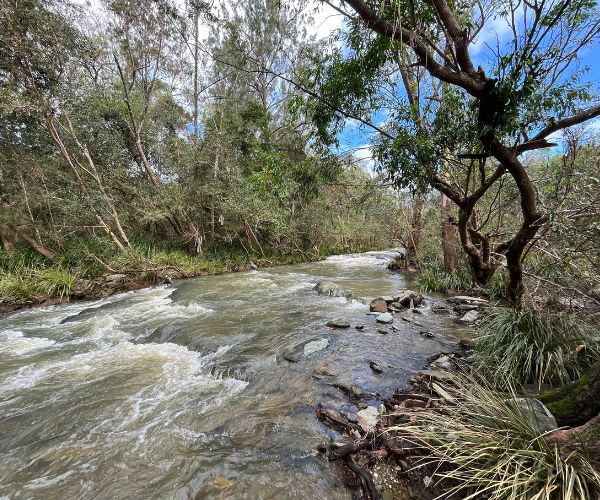 The difference between the upper Caboolture River, intact riparian zone and the Bremer River. 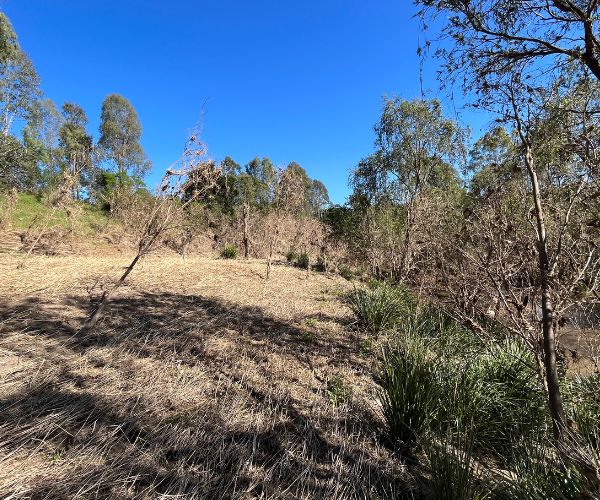 The Bremer River has a <10m buffer riparian zone of Lomandra and M. viminalis; following that, the weeds died after being inundation. 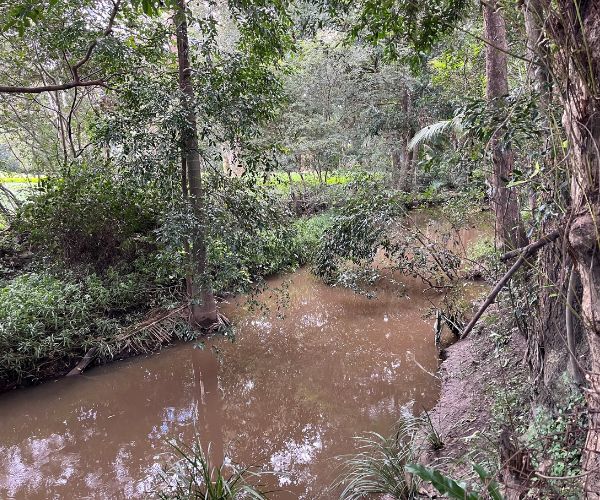 Albany and Sandy Creeks are tributaries of the South Pine River that were impacted by sediment, which can smother platypus’s main food source. 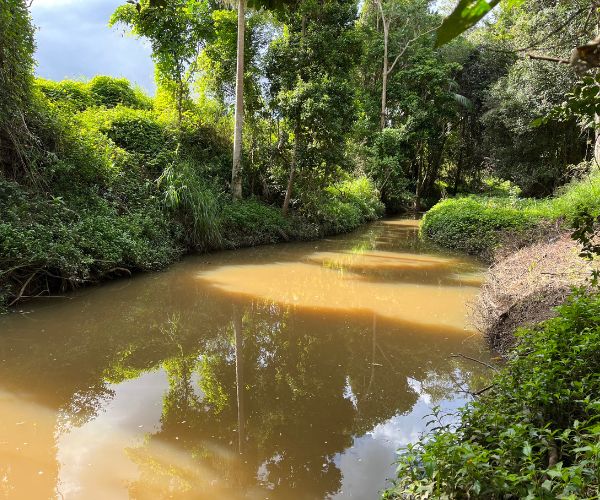 All animals shed DNA into their surrounding environment as they slough off skin and hair cells and leave other body secretions; this is called eDNA. Researchers can collect samples of water or soil from these environments to detect what lives there.

The semi-aquatic platypus spends over 10 hours a day in the water. They shed cells while swimming and we can collect it in a water sample. These samples tell us whether platypuses are present or absent, but they cannot tell us how many individuals are there or their exact locations.

For elusive, cryptic species like the platypus, this method has revolutionised monitoring and management, ensuring they don’t disappear right under our noses.

In conjunction with eDNA sampling, we assess habitat quality at each site, including features that are preferable to platypuses, such as high stable banks, vegetation cover, pool depth and cobbled substrate, as well as overall waterway health.

Each site is scored on a Habitat Quality Index, which allows us to identify sites or areas that require rehabilitation. Some areas close to urbanisation are vulnerable to erosion and pollution; therefore, we can take action to reduce further degradation of platypus habitat.

This ongoing project will continue to:

Environmental DNA sampling has enabled PlatypusWatch to work closely and quickly with stakeholders to inform conservation actions and management decisions, such as areas to be rehabilitated for platypuses. With just a simple water sample sent to a lab, we can now tell whether platypuses are present or absent from particular waterways.