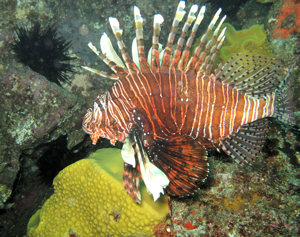 Currently it is a waiting game. Date for submissions on the proposal to declare the Commonwealth Marine Reserves has passed. Wildlife Queensland made a final plea to simplify the zoning around the Osprey, Shark and Vema reefs and extend the area further west.

It was also recommended that the marine park zone should be extended further south to the 22nd parallel capturing the Townsville Trough and Marion, Frederick and Wreck reefs. The latter recommendation would undoubtedly necessitate compensation to those impacted. Many other organisations expressed similar views.

The proclamation should be made well before the end of this year hopefully no later than the end of November. Then the outcome will be known to the many submission writers that have supported this wonderful initiative of the Commonwealth Government.

It has been a long time in the making but the outcome should be well worth the wait. Interim management arrangements will be put in place prior to the statutory plans being gazetted hopefully before the end of this financial year.

Wildlife Queensland really appreciates the efforts of so many of our supporters in contributing to this campaign. However it is more than likely you will be called upon again to express your support or otherwise at various stages as progress is made to the having in place approved statutory plans.