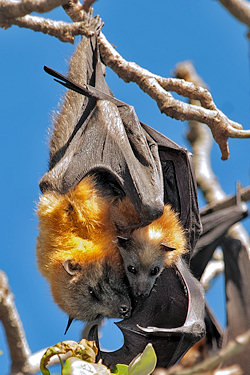 The Queensland Government proposes to allow local authorities to move on flying fox camps without applying for damage mitigation permits. The Environment and Heritage Protection Minister Hon Andrew Powell M.P. said it was in line with the Newman Government’s war on ‘green tape’.

In designated urban areas, councils will be given ‘as of right’ authority to make their own decisions to disperse or otherwise manage flying fox roosts consistent with a Code of Practice. There will be no change to existing measures which allow farmers to apply for a lethal damage mitigation permit (strongly opposed by Wildlife Queensland).

The role of urban food resources