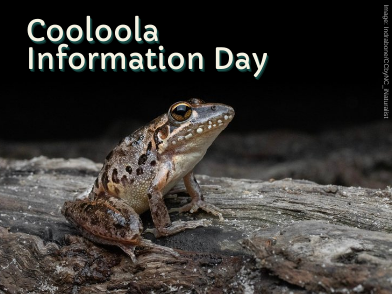 Wildlife Queensland opposes the proposed development at Poona Lake in the Cooloola section of Great Sandy National Park – a view shared by other conservation groups in the region.

It is clear that the cardinal principle that has guided national park management for many years has not been reinstated by the Palaszczuk Government since it was dismissed by the earlier Newman Government.

Fortunately, the Cooloola section of Great Sandy National Park is a tentative candidate for World Heritage Site listing, so the Environment Protection and Biodiversity Conservation Act 1992 must be considered prior to this proposed development proceeding.

Wildlife Queensland is joining with several local organisations in strongly opposing this and other developments associated with this proposal at Cooloola. At Poona Lake, the plan is to place 10 ‘eco–cabins’ on slopes some 60 m from the lake’s edge. Poona Lake is Cooloola’s only perched lake, and this raises hydrological concerns.

Further disturbing advice to hand indicates that the Department of Environment and Science is constructing the road to this proposed commercial development. One wonders why such funds could not be better spent enhancing the management of the Protected Area Estate.

Wildlife Queensland Councillor Mike West, with the Cooperation of Birds Queensland, has added an extra day to the existing Queensland Wader Study Group camp planned in Cooloola from Friday 11 February to Sunday 13 February. On Monday 14 February, an Information Day will be held at Bymien Day-Use Area, starting at 8:00 am. Mike intends to stay as long as required to consult with locals and concerned citizens about the proposed development. Walks to the lake, with an option to see the proposed site, will be possible for those who are fit and interested.

Birds Queensland and Wildlife Queensland have joined forces to campaign before. The banning of recreational hunting of duck and quail was one of our more memorable collaborations. We hope to achieve a similar successful outcome to protect Cooloola and its wildlife in this instance.

To attend or get involved, please contact Mike West on 0409059920 or get in touch with him at the Rainbow Beach Holiday Camp from 11–13 February or at Bymien Day-Use Area on Monday 14 February.