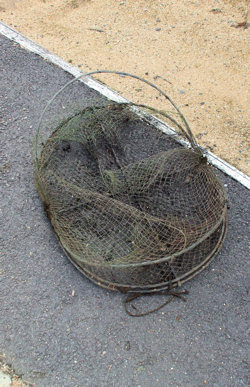 Wildlife Queensland is simply aghast at the lack of action by the Liberal National Party State Government in addressing animal welfare for our native fauna.

For a number of years Wildlife Queensland has been advocating for a ban to be placed on opera house traps to prevent non-target species deaths. It has been well established that theses devices have caused deaths to platypus, turtles and water rats. In the last three years alone in Lagoon Creek, Caboolture at least 12 platypus have been killed.

These traps have been banned in Tasmania, Victoria, A.C.T. and east of the Newell Highway in New South Wales for at least 5 years. It is acknowledged that both the Labor and the LNP Governments started a review of the freshwater fishery regulations but such action has come to a grinding halt. Wildlife Queensland appreciates that the fresh water fishery regulations must be amended but how many more platypus must die before that is achieved? It is not only platypus at risk. In the Fairbairn Dam, near Emerald over 40 turtles were drowned in such traps. How many more will it take for the Government to act?

Wildlife Queensland appreciates that there are regulations governing the use of such traps but if the Government does not have the resources to ensure compliance with fishery regulations then other approaches must not only be considered but acted upon.

A government that has opened up national parks for grazing by domestic stock on the grounds of animal welfare does not appear to share the same concerns for our native fauna’s welfare.

Wildlife Queensland has requested Hon. John McVeigh, Minister for Agriculture, Fisheries and Forestry to take immediate action to address this problem. There is now more than adequate evidence to warrant decisive action. Hon. Andrew Powell, Minister for Environment and Heritage Protection, charged with protecting our wildlife has also been informed of Wildlife Queensland’s concerns.

Wildlife Queensland would encourage anyone that cares for our wildlife – in this case, requesting immediate action for the safety of platypus, to contact Hon. John McVeigh M.P. by email or write to him at GPO. Box 46, Brisbane QLD 4001.