One Step Closer to Disaster for the Environment – September 2013 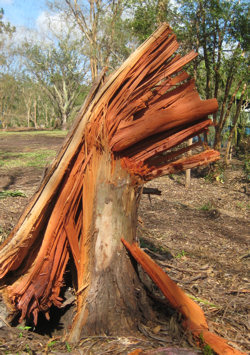 The announcement that a draft memorandum of understanding streaming environmental approvals between the Federal and Queensland State Governments has been signed brings no joy to Wildlife Queensland.

‘Wildlife Queensland appreciates the necessity to achieve a balance among conservation of our biodiversity, provision for ecological sustainable industries and meeting community needs’ stated Des Boyland spokesperson for Wildlife Queensland. ‘However it is well recognised that this balance is not being achieved and it is well established that our biodiversity is in decline. The situation will become even worse when approval bilaterals are devolved to the State.’

‘Wildlife Queensland has advocated that the powers of the EPBC Act should be enhanced not weakened. Also it is essential for an independent umpire apart from States and Territories to assess proposed developments that impact on matters of national environmental significance.’ said Boyland.

The environment and its biodiversity do not recognise State or Territories borders and a whole of nation approach should be taken not a State by State approach:

‘Reasons for Wildlife Queensland’s view include, but are not necessarily limited to, the following:

‘The environment and its biodiversity have been under attack by the Newman Government since being elected. Now it appears that that the Federal Government is also turning its back on its responsibility’, concludes Boyland.