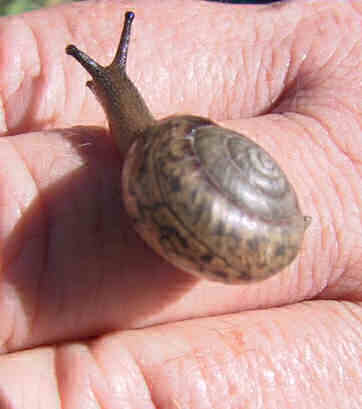 The Nathan Dam and Pipelines project is again back on the agenda. This proposed project is a significant project under

the State Development and Public Works Organisation Act 1971 and a ‘controlled action’ under theEnvironmental Protection and Biodiversity Conservation Act 1999. The EIS has therefore been prepared under a bilateral agreement between the Commonwealth and State Governments.

Wildlife Queensland’s position has not changed and remains firmly opposed to the construction of the Dam. Significant environmental damage will occur including loss of irreplaceable riverine communities, other plant communities such as brigalow and blue grass communities, a significant number of springs and boggomosses as well as the critically endangered boggomoss snail.

Until relatively recently, this endangered snail was known from only two known sites: Mt Rose Station and the Isla-Delusion camping reserve, both supporting relatively low populations. More recently in 2009 a company, SKM, reported a total population of some 18500 living in riparian zones. In the executive summary of the EIS the population estimate is stated as 29 446 (ranging from 22951-36479). These figures are simply amazing. Wildlife Queensland was so concerned that Dr John Stanisic was engaged to reassess the populations at known sites and other localities. His findings, based on limited field time, presents major concerns (see below). This apparent anomaly surely must be addressed prior to any decision making process being finalised.

In addition to the Boggomoss snail there is also concern for the Fitzroy River turtle.

With regard to vegetation loss there are offset requirements. SunWater Limited has advised Wildlife Queensland that appropriate offsets have been identified or are in the process of being identified. Unfortunately, detailed information is not forthcoming (in a way, understandable, as knowledge of interest may escalate the price) so that critical examination of the proposed offsets cannot occur. Wildlife Queensland is of the opinion that offsetting the riverine communities will be extremely challenging.

The cumulative impacts to the Great Artesian Basin (GAB) by the proposed Nathan Dam have not being adequately considered or assessed. Should the dam be constructed, at least 28 springs within the Springsure Super Group will be inundated, which will result in a significant loss of GAB associated biodiversity and potentially cause substantial pressure alteration of GAB aquifers that underlay the area inundated by the dam. The potential long term environmental or economic impacts of altering the pressure of GAB aquifers has not been assessed at the local or regional scales.

Wildlife Queensland encourages submissions on the EIS so that the decisions makers are aware of the concerns of the community about environmental damage and threats to our wildlife.

More articles on the Nathan Dam and Boggomoss Snail: