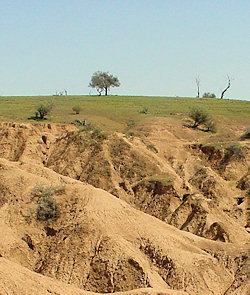 Unlit candles will be held, at a Vigil of concerned mothers and grandmothers, this Mothers’ Day at 10.30 am, in the Botanical Gardens in Brisbane.

This quiet but deeply felt expression of concern is organised by Wildlife Queensland’s Gold Coast and Hinterland Association and is in response to the possible forthcoming Vegetation Legislation proposals. The State Development Committee will be reporting on, to the Queensland Parliament, on May 14th.

‘We are gravely concerned,’ said Anne Sutherland, former wildlife carer and one of the spokespersons for the group.

‘Approximately 700,000 hectares may be affected by this proposed scheme, and  we may be taken back to the days of rampant broadscale clearing. An estimated one thousand to two thousand birds die for every one hundred hectares of bushland cleared. The Vegetation Act, brought in in 1999, protected old growth or remnant vegetation from this type of broad scale clearing and this Act must not be tampered with.’

‘We fear this hasty Government is set on undoing this historic and very necessary reform.’

She stated that the mothers present wanted to ensure, on a day when they received loving thoughts and gifts from the next generation, that they alerted the public to what they describe as thoughtlessly contemplated somewhat immature legislation, which, unless reconsidered, may result in environmental vandalism. They see this as theft, the victims of which be will sons and daughters, grandsons and granddaughters now and in the future.

‘Queenslanders, old and young, love their natural environment but it must be said that not many realize that this new Government, unless it follows a less headlong path, will precipitate what even we, as a conservative fifty year old advocacy group, consider to be an environmental crisis which it will be almost impossible to rectify.’

Ms Sutherland cited, as the Group’s concern, that Queensland had less than five percent of National Parks, leaving 80 percent of its ecosystems and 72 percent of its threatened wildlife without a minimum standard of protection.

Added to this was the fact that logging is now intended for two million hectares of land that had been botanically assessed and intended for National Parks. ‘This decision must be swiftly reversed. Also, the fact that the Vegetation Legislation, as it stands, has reduced the rate of clearing native vegetation from three quarters of a million hectares a year twenty years ago, to about one tenth of that rate last year, means it must remain.’

‘The Government must reflect and redress this ill considered destruction. One of its economic pillars is tourism, so dependent on natural assets but, after the mines and the clearing and the species loss, this pillar, may well crumble through stress and lack of Governmental protection.’

‘Agriculture dominates sixty percent of Australia, while only eight percent is covered by National Park or equivalent status .Up to fifty new plants are discovered in Queensland each year but with proposed changes to the Protected Plant Act these may well be lost before they are ever found.’

‘Many mothers, grandmothers and their children will, on Mothers’ Day, be walking or picnicking outdoors, enjoying our shared natural heritage .They trust the Government not to pull out a pillar that supports our shared house.’

‘We speak for them and ask them, also, to speak for the future and request this Government to reconsider, redress and actively guard, rather than destroy, our shared natural gift’.

Vigil at 10.30am on Sunday 12 May inside the Botanic Gardens (directly opposite Royal on the Park)

I said to my daughter
“Why do you weep?”
“Father,” she said
“I dreamt in my sleep
Of a beautiful place
Trees, rocks and a track
And wide open space…”
“There is nothin you lack
My daughter,” I said
” You have your t.v
And your sweet puppy, Fred,
And ballet and brownies
And mother and me..
There was,
once,
a vast garden that swept to the sea
did you keep,
dearest father,
one flower,
for me?”