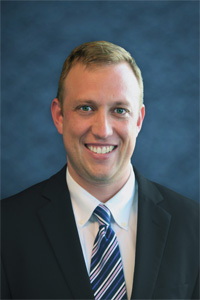 Hon Dr Steven Miles MP, Minister for the Environment and

Heritage Protection, Minister for National Parks and the Great Barrier Reef, is off to a flying start after the recent state election. A meeting with 24 state, national and regional conservation groups was held on 26 February 2015 to discuss a range of topics including a more consultative approach to protecting our environment and conserving our wildlife going forward.

It appears the Minister has not been sitting around adjusting to his challenging new role, but getting straight down to work on the Great Barrier Reef, updating the report to UNESCO with enhanced management strategies. Wildlife Queensland agrees that the Reef must be a priority and it is clear many Queenslanders concur.

The minority Labor government made many pre-election commitments to various stakeholders on a range of issues, the environment being but one. Wildlife Queensland was successful in obtaining a number of commitments from the Labor party, including enhanced protection of the Great Barrier Reef. It is pleasing to note that action has commenced.

While it is still early days, it appears that the newly elected government will adopt a transparent and prudent approach, attempting to inform and bring the broader community along with it. Clearly, Labor is on a mission to restore trust and confidence. Actions such as nominating Mr Peter Wellington MP as a Speaker, returning previous budget estimate processes and amending legislation so cross benchers can sit as part of the committee of the legislative Assembly all point in that direction.

Encouragingly, it appears that written commitments given will be honoured some time during the term of government. Patience is a virtue and we are prepared to wait for the delivery of changes to the vegetation legislation, the Nature Conservation Act and even enhanced waste management in a timely fashion. In the interim, Wildlife Queensland would prefer to see a moratorium on particular activities; that would be a step in the right direction to avoid panic activity.

However, immediate action is required on at least one of Labor’s commitments – the repeal of the North Stradbroke Island Protection and Sustainability and Another Act Amendment Act 2013 – if High Court action scheduled for June 2015 is to be avoided. Other commitments for North Stradbroke Island including the 2019 phase-out of sandmining, $20m over five years, the stopping of the unlawful sale of construction sand, and the future expansion of the National Park Estate can and hopefully will be fulfilled in due course.

Wildlife Queensland is aware that further environmental commitments have been given by Labor to other organisations in relation to banning uranium mining, the coal and coal seam gas industries, coastal planning, wild river legislation, Cape York, climate change, fisheries, and funding for the EDO. Beyond the environment, commitments concerning fair democratic processes, citizens’ rights, access to justice, fair administration, and transport have also been received.

The workload for the new minority Labor government is clearly significant. Wildlife Queensland does not expect the wrongs of the past three years, and even those of previous Labor governments, to be corrected overnight. That would be unrealistic. However, we will monitor the delivery of written commitments closely, giving the Palaszczuk government credit where credit is due and criticism where appropriate.

Wildlife Queensland looks forward to working with Steven Miles, Minister for the Environment and Heritage Protection, Minister for National Parks and the Great Barrier Reef in pursuing the Society’s objectives. We will undoubtedly cross paths also with Anthony Lynham, Minister for State Development, Minister for Natural Resources and Mines, as well as Bill Byrne, Minister for Agriculture and Fisheries, Minister for Sport and Racing, and possibly other ministers as the intricacy of the various portfolios unfolds.

The previous LNP Queensland government amended virtually every piece of environmental legislation and in many situations destroyed its very purpose or intent. Wildlife Queensland is not opposed to legislative reviews provided the outcome is not a weakening of environmental protection. It is our view that under the Newman-lead LNP government, environmental protection was set back decades. Is it feasible to recover the damage, rehabilitate the regional ecosystems and arrest the biodiversity decline caused? Only time will tell.