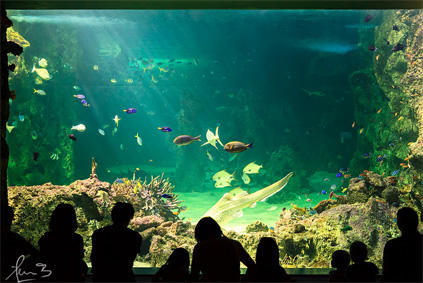 For reasons best known to the Abbott government, the closing date

for submissions of public opinion on the Coral Sea and North Network marine reserves has been extended until Tuesday, 31 March 2015.

In 2012 Australia’s largest network of Commonwealth marine reserves including the Coral Sea, North, North-West, South-West and Temperate East Networks, was established. Management plans for the new network, developed in accordance with the finest available science and extensive consultation with stakeholders in those regions, were set to be implemented in July 2014. With the change in government, however, these plans were set aside.

Wildlife Queensland fears the Abbott government’s current review of Commonwealth marine reserves nation-wide places these areas at risk, and is motivated by a desire to weaken marine reserve regulation and protection for short-term economic gain.

One of multiple advisory panels will review submissions sent in by stakeholders, including community members such as yourself, and construct a report from the various viewpoints expressed for consideration by the government. You MUST speak out against this potential travesty!

Wildlife Queensland would like to see expansion on existing management plans for the Coral Sea to ensure:

The Wildlife Preservation Society of Queensland would also like to expand on current management plans for the Northern Network to ensure:

Wildlife Queensland welcomes and encourages community members to use the above points as prompts in your own submissions.

Get involved NOW! Your children and your grandchildren will thank you for helping to leave these important and beautiful natural resources in pristine condition.

To have your say: