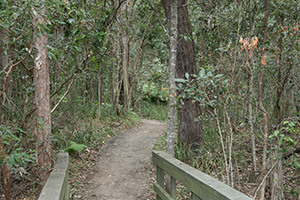 A recent survey undertaken in the Springwood electorate by sitting

member, John Grant MP, indicates that the environment and its wildlife have returned to the top 5 or 6 matters of concern among young people. Wildlife Queensland is aware that “one swallow does not a summer make” but welcomes the encouraging findings.

In the 80s and early 90s the environment, biodiversity and its habitat were in the top 5 or 6 concerns of the broader community. At that time the conservation movement created strong community awareness of, and appreciation for, the need for environmental protection and ecological services. The key organisations within the movement – affectionately known as the ‘six pack’ – presented as a united front.

As a member of the Senior Executive Service in the Queensland Public Service at the time, I can confirm these organisations had the ear of government; their practical and realistic approaches were heard and, in many instances, acted upon. At all times the broader community was informed, and on the whole was supportive and appreciative of the Government’s need to take action.

During that period there was almost a doubling of the National Parks area in Queensland, additional protection of marine environments, stronger legislation conserving our natural heritage, and enhanced forest and vegetation management.

Unfortunately in recent times the conservation movement has not maintained this level of awareness of the still desperate need to conserve the environment. In fact by the mid-1990s, the environment no longer appeared within the broader community’s top 15 issues of concern. The only notable exception to this trend currently is the focus on protecting the Great Barrier Reef. As a result of the community’s demonstrated care for the Reef, both the Queensland and Australian Governments are scrambling to respond to public pressure to ensure long-term protection of the World Heritage Listed Property.

However, the Springwood electorate’s recent survey of young people’s priorities inspires hope that wildlife may once again be trending. Located in Logan City to the east of the M1 Motorway and extending from Rochedale South in the north through Springwood, Daisy Hill and Shailer Park on to meet the Logan River, the Springwood electorate is largely residential with an estimated total population of over 32,049 registered voters. A significant part of the koala bushland coordinated conservation area is located within this electorate.

The survey mailed to residents in the area between the ages of 17 and 25 received approximately 400 responses – a more than adequate sample. It asked participants to select three issues of personal importance from a list of 12, and to specify one problem in their local area they would most like to fix. In response to the questions, participants indicated that the environment and its wildlife are again among their top 5 or 6 matters of concern. Matters that rated higher among respondents included cost of living, roads and congestion, public transport and health.

It appears the environment and its wildlife will be an issue within the Springwood electorate in the coming state election. Wildlife Queensland is aware that at least two candidates are committed to making the environment a focus of their campaigns. Whether or not the current LNP sitting member can influence change in the Newman Government’s attitude to the environment and arrest its obvious disdain remains to be seen.

A review of activities since 1989 clearly reflects which political party has demonstrated the better care for the environment over the years. However, it is the view of Wildlife Queensland that all parties need to lift their game when it comes to environmental protection.

Science and factual information seem to fall on deaf ears, but politicians will listen to the community if its collective voice is loud enough. This is evidenced by the response to the Great Barrier Reef campaign and, on a lesser but still significant scale, recent amendments to the use of opera house traps to minimise risks to platypus. If you share Wildlife Queensland’s view that the environment and its wildlife matter, please let all candidates know at the coming election.