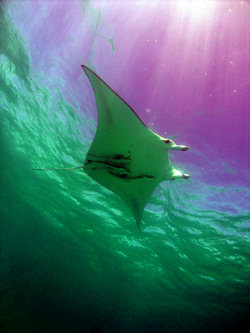 Hon Mark Butler, the Federal Environment Minister has advised that the report card indicates the overall condition of the Great Barrier Reef has declined from moderate to poor since the reef Water Quality Protection Plan began in 2009. The Queensland Minister, Hon Andrew Powell, focussed on the impact that cyclone Yasi in 2011 had on the reef.  Wildlife Queensland acknowledges that cyclone Yasi would have been a contributing factor but extreme events have been a component of the reef’s environment long prior to European settlement. Pollution from primary industries, urban development, dredging, port development and sediment loads are undoubtedly new contributing factors since settlement.

Wildlife Queensland is aware that some gains have been achieved. About 30% of farmers have changed their farming practices to minimise pollution but the target was 80% by 2013. The nitrogen and pesticides goal was 50% reduction but there has only a 7% lessening of nitrogen and a 15% pesticide reduction.  It is reported that 72% of the coral appears dead – this is very disturbing.

The ongoing commitment of the Federal government of $300m and that of the State Government of $175m over the next 5 years underpinning the 2013 Reef Water Quality Protection Plan certainly is a step in the right direction. Stopping new port development, dredging and spoil dumping would give Wildlife Queensland more confidence that Governments were serious about this iconic natural wonder.

It is essential that all political parties are aware of our concerns.  Every effort must be made to inform both Federal and State politicians of our concerns and the need to save the Great Barrier Reef. Wildlife Queensland encourages all of you that have concerns about its future to let your elected representatives know how you feel.

On Sunday 25 August there is being a protest meeting ‘Rally for the Reef’ being organised, not by Wildlife Queensland, but we support the cause. The time is 11.00am and the venue Queens Park, corner Elizabeth and George Streets, Brisbane.  Your presence will be most welcomed.