Grazing on Parks: questions that have to be asked – June 2013

Home » Latest News » Grazing on Parks: questions that have to be asked – June 2013 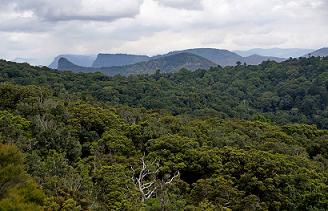 The prime role and cardinal principle for management of

national parks is the protection of our biodiversity. Certainly national parks provide an opportunity for people to commune with nature and to carry out passive recreational activities but these functions must be secondary to the prime purpose.

Unfortunately the LNP Newman led State Government does not share Wildlife Queensland’s view- a view that is widely accepted not only in Australia but internationally.

Where is the science that underpins their decision to trash national parks? Research findings by scientists including but not limited to A.S. Kutt, J. Kanowski, I.J. Gordon, J.C.S. Woinarski and B.J.Traill have presented sound data that highlights the folly of allowing grazing into national parks.

It is amazing that the Government has not bothered to review the scientific evidence that clearly indicates native mammals are negatively affected and depleted on pastoral land compared to conservation land.

The decline of mammals in northern Australia is one of the most significant conservation concerns in tropical savannahs and increased grazing is implicated as an interacting factor.

Parks are for Wildlife and People not Cows!

There is clear evidence that removal of grazing can lead to small mammal recovery. Retrograde steps that reintroduce grazing into parks that have had 5-10 years to recover will simply cause rapid and significant negative impacts.

There is also clear evidence that an increase in grazing causes exotic pasture species and weed proliferation which in turn influences a depletion and changes in flora and fauna diversity and abundance.

Wildlife Queensland believes that the following questions must be answered:

MONITORING OF ANY CHANGE