Government Action to Protect Wildlife – May 2013 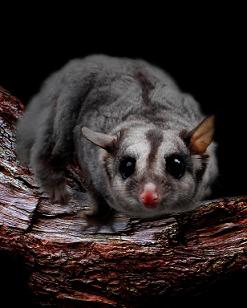 The LNP Government has taken initial steps to create a glider refuge on Brisbane Southside in the Flinders Karawatha Corridor.

‘It is not often that Wildlife Queensland has the opportunity to commend the Government on a positive environmental initiative but this planned action to protect the area known as Glider Forest is worthy of support’ said Des Boyland, spokesperson for Wildlife Queensland. ‘Credit must be given when credit is due’.

‘It is a refreshing change to be able to comment on actions of this Government that has a positive outcome for the environment and the wildlife it supports’ stated Boyland.

The Glider Forest forms an integral part of the Flinders Karawatha Corridor which is composed of sixty kilometres of bushland ranging from the southern suburbs of Brisbane through the Greenbank Army Reserve to Flinders Peak near Ipswich.

The Government has announced $300 000 towards a fencing and clean-up project prior to declaring some 125 hectares an environmental reserve.

‘This Newman Government action will not only benefit four known species of glider that occur there including the squirrel, greater, sugar and feathertail but a range of other native fauna such as owls and possums. Wildlife Queensland trusts that fauna friendly fencing will be used otherwise this positive initiative will be compromised’ concluded Boyland.