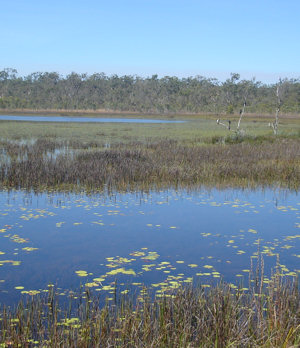 Wildlife Queensland welcomes the u-turn the Federal Government has taken by advising of its intentions to extend its powers under theEnvironment Protection Biodiversity Conservation Act to approve coal mines and coal seam gas projects that have a significant impact on a water resource.

Following the independent review of the EPBC Act, the Federal Government flirted with the idea of devolving the environmental responsibilities of the EPBC Act to the States and Territories Governments. At the April 2012 COAG meeting it was resolved that governments would work together to develop assessment and approval bilaterals that would be accredited by the Federal government.

It is not only Wildlife Queensland and the conservation movement that had concerns at this proposed action that would undoubtedly impact negatively on our environment and biodiversity. The Wentworth Group and the distinguished United Nations Environment Program Global Laureates wrote to the Prime Minister advocating not to let this retrograde step be taken. The Places We Love campaign was launched with strong support from Wildlife Queensland. At the most recent COAG meeting in December 2012 it was revealed that challenges with the approval bilateral approach were significant and as a result such agreements are not being progressed at this time. Wildlife Queensland is very conscious that the Labor Federal Government did not come out and reject the proposal totally but the words ‘at this time’ clearly indicate this retrograde step may well be revisited in the future. Whether or not it was the successful campaign or the failure of the various States and Territories to reach agreement is not known. However the Opposition Leader, Hon Tony Abbott, has indicated his intentions to pursue the matter should the Opposition win government. The Australian Business Council has not given up and Wildlife Queensland continues to monitor this issue closely.

Wildlife Queensland was pleasantly surprised when on 12 March 2013, Minister Burke foreshadowed amendments to the EPBC Act. Powers under the Act are to be expanded to include significant impacts on water resources by future coal mining and coal seam gas industries so Federal Government approval is required. Wildlife Queensland has been advocating for some time in various submissions that the cumulative impact on ground water of these rapidly expanding industries is not being adequately addressed. Wildlife Queensland would like to think this Federal Government initiative reflects a genuine concern for our environment but is concerned that other factors are the driving force. Is it locking in support from independents for the forthcoming budget debates? Is it appealing to other community sectors in various electorates for support in the coming election?

Wildlife Queensland is of the opinion if it was a genuine concern for the environment then much stronger legislation would be introduced that would ensure that approval powers under the EPBC Act could not be devolved to States and Territories. The Gillard Government’s support for the Bill introduced by Senator Waters in 2012 would also restrict a future federal government from devolving approval powers to the States and Territories. Such action by the Gillard Government would certainly demonstrate a genuine concern for our environment.

The Environment Protection and Biodiversity Conservation Bill 2013 is flawed and is certainly not capable of delivering regulation to protect our precious water resources. Besides not removing the right to devolve power back to the States and Territories there are broad exemptions and many developments will not be covered by the new regulations. The scope of the industries covered should be broadened. In addition there is a need to be prescriptive about significant impacts and also cumulative impact studies must be undertaken.

Should all these matters raised be positively addressed Wildlife Queensland would be in a position to give unqualified support for this initiative by the Gillard Government. Will the short comings be addressed? Wildlife Queensland hopes they would be – but living in the real world it is highly unlikely.