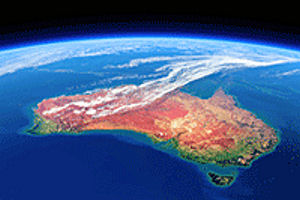 Reassuringly, the Senate Standing Committee on Environment and

Communications has embarked on yet more inquiries involving the environment and its management. Adding to recent inquiries into offsets policy and the management of the Great Barrier Reef, the first of three additional inquiries by the committee examines existing biosecurity to look at preventing new invasive species. The second appraises the Abbott Government’s attacks on Australia’s environment and the effects on our natural heritage and future prosperity. While the third, into the National Landcare Program, addresses the establishment and performance of the Natural Heritage Trust, the Caring for Our Country program and the implications of the 2014-15 budget. Wildlife Queensland is gratified that at least one section of government has concerns about the management and protection of our natural heritage.

With biosecurity second only to habitat loss when it comes to the cause of our declining biodiversity, it is reassuring that the adequacy of arrangements to prevent the entry and establishment of invasive species likely to harm Australia’s natural environment is under examination in the committee’s current inquiry into Environmental Biosecurity. The inquiry focusses firstly on recent biosecurity performance with respect to exotic organisms with the potential to harm the natural environment detected since 2000 and resulting from accidental or illegal introductions from overseas.  This includes, but is not limited to, the extent of detected incursions, including numbers, locations and species, and their potential future environmental, social and economic impacts.

The second focus of this inquiry is Australia’s state of preparedness for new environmental incursions. Among other things, the extent to which high priority risks for the environment have been identified in terms of both organisms and pathways, and accorded priority in relation to other biosecurity priorities, is of concern to the committee; as is the adequacy of reporting on incursions, transparency in decision-making and engagement of the community. The committee invites individuals and organisations to submit their submissions to the Environmental Biosecurity inquiry by the closing date of 12 August 2014.

In the second of three further inquiries currently, the committee analyses the Abbott Government’s attacks on Australia’s environment, and their effects on our natural heritage and future prosperity. With a closing date for submissions of 1 September 2014, the inquiry includes, but is not limited to, attacks on carbon pricing, the Clean Energy Finance Corporation, the Australian Renewable Energy Agency and the renewable energy target, the Climate Change Authority and the Climate Commission. Of concern here also is the Government’s undermining of Australia’s compliance with the World Heritage Convention, the Convention on Biological Diversity, and the Ramsar Convention, in particular by attacking the Great Barrier Reef and the Tasmanian Wilderness World Heritage Areas.

The committee’s third current additional inquiry seeks to scrutinise the history, effectiveness, performance and future of the National Landcare Program. With a closing date for submissions of 8 August 2014, this inquiry targets concerns such as the implications of the 2014-15 Budget for land care programs, in particular, on contracts, scope, structure, outcomes of programs and long-term impact on natural resource management. It also addresses how the Department of the Environment and the Department of Agriculture have, and can, work together to deliver a seamless land care program; and the role of natural resource management bodies in past and future planning, delivery, reporting and outcomes.

Further information and submission details on the above inquires can be found here.