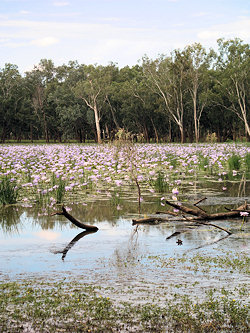 On 7 June 2012 the Legislative Assembly agreed to a motion that the State Development, Infrastructure and Industry

What will be the future of our publicly owned lands?
Photo © Wildlife Queensland

Committee inquire into and report on the future and continued relevance of the current Government land tenure. A final report by the State Development, Infrastructure and Industry Committee of the Queensland Parliament was handed down on 31 May 2013. Consideration was to be given to the following issues:

In order for the Committee to give serious consideration to the scope of the inquiry an extension on the reporting framework until 31 May 2013 was provided.

The 194 page report contains 44 recommendations. While the recommendations are yet to be accepted and the means of delivery not available for scrutiny, it is Wildlife Queensland’s view that there are potentially very serious implications for the environment.

The report is based on the 103 submissions received, the 94 witnesses that appeared and other information that the Committee assessed. It contains a number of references to the Wildlife Queensland’s submission and the evidence provided by Wildlife Queensland before the Committee. Unfortunately, broadly speaking, the Committee elected not to embrace the majority of concepts put forward for consideration by Wildlife Queensland. In particular the tiered approach to nature refuges where different classes of nature refuge should exist with different management regimes was rejected. Requests to enact the new draft Stock Route Network legislation gained support but there was no commitment not to change or review that legislation prepared under a previous Government.

Key recommendations to be alarmed about include, but are not necessarily limited, to:

You have every the right to be worried, very worried.

The report may be accessed here.