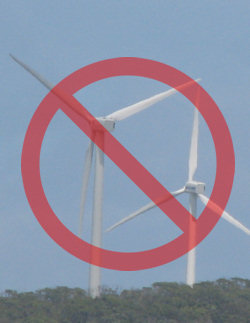 It has not taken the newly elected Federal Government long to indicate its attitude towards, and care for, the environment.

What future for the climate?
Photo © Wildlife Queensland

Wildlife Queensland’s view is such actions indicate that science and climate change are not important. Abbott’s Government believes it has a mandate for change but the Australian Government should be obliged to at least try to meet the concerns of all voters.

According to the Fifth Assessment Report just released by the Intergovernmental Panel on Climate Change (IPCC), the probability that human activity has caused global warming has risen by 5% from its 2007 report to 95%.

The ABC’s Jake Sturmer reports that ‘The figure, in the IPCC’s Fifth Assessment Report, which was released in Stockholm on Friday, is a 5 per cent increase from the panel’s 2007 landmark report. More than 600 scientists and researchers contributed to the fifth assessment report, which is the result of almost seven years’ work by scientists and policymakers. It is based on more than 50,000 contributions from around the world, and an exhaustive peer review process.’

Greg Hunt, the Federal Minister for the Environment, spoke to the ABC stating that the Coalition accepts the scientific assessment published in the report. ‘What does this mean? It means that we need to do practical things that actually reduce emissions,’ stated Greg Hunt. He reaffirmed the Government’s commitment to meeting Australia’s 2020 emissions reduction target.

In view of the recent actions, Wildlife Queensland would be keen to know the details of how the Government intends to meet these targets.

Apparently the 5th Assessment Report by the IPCC provides views as to why this hiatus in air temperatures has occurred.

Wildlife Queensland is of the view that is not appropriate to mark time on planning for Climate Change. As indicated in the report prepared for the Queensland Government by CSIRO in 2012 entitled Queensland’s biodiversity under climate change: impacts and adaption –synthesis report, ‘Climate and ocean changes will affect all of Queensland’s marine, terrestrial and aquatic ecosystems in ways that are more widespread and, in many situations, more extreme than currently recognised.’ [page vii]

‘Adaption to climate change is a new challenge for policy and natural resource management.’ [page xiii]

The call for action by CSIRO is unlikely to apply to Queensland alone. Wildlife Queensland views with concern the current action taken by the new Federal Government.

Wildlife Queensland is fearful for the future of our natural heritage unless attitudes by Governments at all levels change.