Environmental Assessment: what is the Federal Government thinking? November 2012 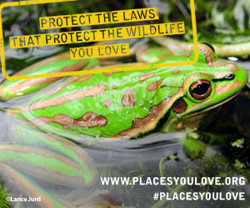 The Environment Protection and Biodiversity Conservation Act 1999 (EPBC Act) has served us well at times. This legislation provides the Federal Government the powers to

assess and approve major development that will impact on listed species, national environmental significant places as well as nuclear actions such as uranium mining and nuclear waste dumps. Action by the Federal government has stopped or at times modified developments such as the Traveston and Nathan dams.

For reasons best known only to itself, the Federal Government is seriously considering devolving the environmental responsibilities of the EPBC Act to the States and Territories of Australia. In Queensland, this would be a disaster with no upper house of review. Ella Bay type projects would be walking through the door.

Many conservation groups, including the Humane Society International (HSI) and Wildlife Queensland, have raised the alarm. Even the Wentworth Group and the distinguished United Nations Environment Program Global Laureates including Sir David Attenborough, Dr Paul Ehrlich, Dr Peter Raven and Professor Norman Myers, to name but a few, wrote to the Prime Minister. In their letter, organised by Verna Simpson HSI Director, the Global 500 Laureates state:

‘We have been concerned to hear however that there are proposals in train to weaken the EPBC Act and to allow the states and territories to approve developments affecting Matters of National Environment Significance without any Commonwealth oversight. We believe this would be a retrograde step in relation to the development of environmental law in Australia, with significant and negative implications for the conservation of biological diversity and achieving ecologically sustainable development’.

They concluded: ‘The individual and organisational UNEP Global 500 Laureates below would like to offer our support for a continuation of your Government’s efforts to develop best possible policies and practices for the conservation of biological diversity through the maintenance of the current powers contained within the EPBC Act, and to avoid, at all costs, the devolution of such powers‘.

You can read the full letter here.

The Places You Love Campaign is looking to increase its pre-COAG activity in Queensland which is critical for a number of reasons. The massive unravelling of environmental laws and protections built up over the past 20 years is happening at a frightening pace under the Newman LNP government since it came to office in March 2012.

Meanwhile Queensland is home to a number of high profile members of the Gillard Federal government including the Treasurer and Deputy Premier Wayne Swan, Minister for Trade and Competitiveness, Minister Assisting the Prime Minister on Asian Century Craig Emerson and former Prime Minister Kevin Rudd. All three have strong associations with the Goss Labor state government which began the path toward environmental reforms following the end of the Bjelke-Petersen era in 1989.

We need to make sure they get the message that handing over federal responsibilities to the Newman government is not on.

What you can do to help:

This is not the only action at the Federal level related to threatened species. As we are all aware, millions of dollars are spent annually endeavouring to manage threatened species yet the gaps of effective risk management are growing. This was highlighted in the Auditor General’s Report in Victoria but it is occurring in all States. Senator Larissa Waters has successfully convinced the Senate Standing Committee on Environment and Communications to investigate this matter.

Senator Waters warrants recognition as this is not commonly achieved.  If you have concerns or  thoughts on the effectiveness of threatened species and ecological communities protection in Australia including, but not limited to, management of key threats, development and implementation of recovery plans, management of critical habitat across all tenures, regulatory and funding arrangements or any related matter – please forward a submission.

Write the submission, preferably online. But be quick – closing date is 14 December 2012.