DestinationQ Forum – but what about nature? – July 2012 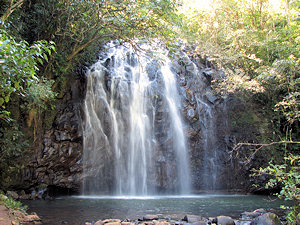 In the early 1990s Australia was a global benchmark for

ecotourism.  Recognised as possessing some of the most stunning natural ecosystems and unique biodiversity in the world, our tourism operators within these areas were showcased for demonstrating industry best practices to conserve these resources.

But today, as the rest of the world catches up and passes us, are we in danger of walking away from this status?

Unquestionably nature-based tourism is an important contributor to Queensland’s economy. National parks are one of the State’s biggest tourist attractions. In 2009 they hosted more than 16 million visits,¹ and more than 40 per cent of all international visitors to Australia in 2009 included a trip to a national park. It is estimated that tourists who visit Queensland’s national parks contribute around $4.5 billion annually to the State’s economy, representing around 28 percent of total visitor spending.² This spending is both through specific tourism on national parks and through people staying longer in the local area when visiting a protected area or forest. The economic benefits are therefore dispersed widely throughout Queensland.

Premier Campbell Newman identified the tourism industry as being critical to the state’s economy, and has committed to getting the industry back ‘on track’: Queensland claiming Australia’s pole position as a tourism destination.

Following the DestinationQ Forum in Cairns, national parks and marine parks are now moving into the sights of tourism operators, according to the 12-month action plan unveiled by the Premier last week.

Regulatory compliance has been identified as a roadblock for tourism, and the response from the forum outlined in the Ecotourism working paper is to review the conditions for Tourism in Protected Areas, reduce the cost of regulatory burdens and approval processes, and to improve access to protected areas through amendment of the Nature Conservation Act (NCA) 1992.

This move to improve access to the protected areas through amendment to the NCA does sound warning bells. The protected area estate and marine parks are cornerstones of biodiversity conservation. While ecotourism has its place, it must continue to play second fiddle to the cardinal principle of management – protection of our biodiversity and its habitat. Wildlife Queensland’s concerns focus on the proposed reduction of permits to access the protected area estate and the possibility of commercial infrastructure in national parks in particular.

While the Ecotourism working paper policies may certainly clear roadblocks for tourism to flow, conservation of our natural resources demands that we retain the ‘eco’ prefix to this tourism.

Will the compulsory accreditation of commercial tourism operators within national and marine parks be enough to mitigate the potential damage?

The correct management of Australia’s ecotourism industry is vital if we are to preserve our areas of wilderness and remain an ecotourism contender on a global scale.