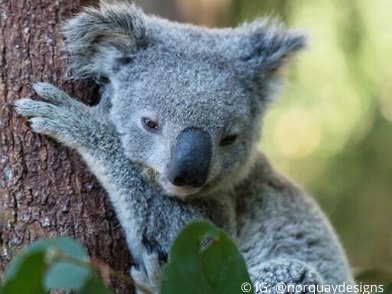 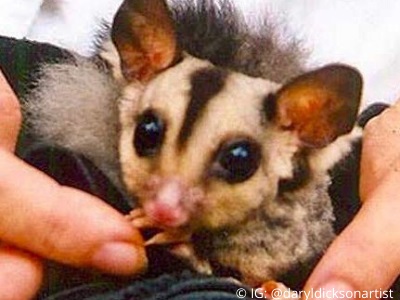 Australia’s biodiversity has taken an unprecedented hit during the 2019-20 wildfires. More than a billion native animals have died around the country – a figure that excludes fish, frogs, bats and insects – and the effects of toxic smoke from the devastation were felt across the globe.

And now, the global spread of a novel coronavirus (COVID-19) further threatens animals across the globe already at risk of extinction due to forest destruction and poaching, with leading scientists warning that the coronavirus pandemic could wipe out populations of chimpanzees, gorillas and orangutans.

Nature is sending us a clear message.

Aaron Bernstein, at the Harvard School of Public Health in the US, said the destruction of natural places drives wildlife to live close to people and that climate change was also forcing animals to move: “That creates an opportunity for pathogens to get into new hosts.”[i]

“The separation of health and environmental policy is a ​dangerous delusion. Our health entirely depends on the climate and the other organisms we share the planet with,” he said.

In Australia, we have an opportunity to impact our environment positively via:

“It is an opportunity for all levels of government to listen to the people and the scientists and commit to adopting efficient and effective mitigation and adaption measures to address climate change now,” said Wildlife Queensland spokesperson Des Boyland.

Climate change and land clearing: the impact on Australian wildlife

The CSIRO recently reported that more than 45 per cent of Australia’s coastline was already affected by extreme weather events caused by climate change. Further, there is growing scientific evidence that heatwaves, floods, drought and cyclones are increasing in frequency and intensity, and climate change is the cause.

It is well established that habitat destruction is a key factor leading to species extinction of our wildlife. There is no question that droughts, bushfires and the recent rains have impacted our environment and posed additional threats to our wildlife. Reports from New South Wales and Victoria have highlighted the negative impacts of the recent drought, bushfires and heavy rains on river systems and the platypus, invertebrates and fish that call them home. Certain regions in Queensland have also been exposed to the same weather extremes.

The year started with a glimmer of hope when the Palaszczuk Government announced further protections for selected areas of koala habitat, but not all known koala habitat, prior to the finalisation of the Koala Conservation Strategy.

According to statements by Minister Enoch on 12 February[ii], it would appear the Queensland Government is not of the view that fragmented habitat supporting koalas warrants protecting.

Wildlife Queensland unsuccessfully advocated that a moratorium on clearing should protect all koala habitat until the Strategy is finalised and approved. Such action would have demonstrated a definite political will to take the necessary action to facilitate the long-term survival of the koala in South East Queensland.

Apart from the Palaszczuk Government’s action on plastic waste with a commitment of more to come, it is fair to state Wildlife Queensland is disappointed on many fronts with regards to the environment portfolio.

Wildlife Queensland welcomed the review of flying-fox roost management in 2019 and was pleased to see the approved new guidelines and Codes of Practice released in February 2020. Many of the amendments suggested by Wildlife Queensland have been accepted. However, the Labor Government still have not delivered on all pre-election commitments given to enhance flying-fox management back in 2012.

The Great Sandy Marine Park Zoning Plan Review also commenced in 2019 with submissions closing on 25 February 2019. Like several initiated actions, the approved Zoning Plan has yet to be publicly available although Wildlife Queensland has been assured we will like the outcome.

The exploitation of national parks 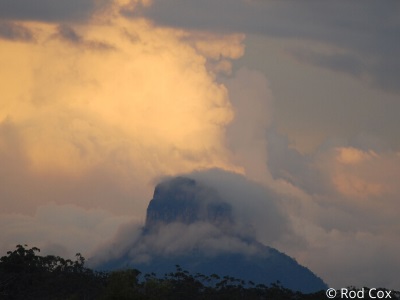 The exploitation of national parks by inappropriate commercial development is an outrage.

More than ever before, our national parks and other protected areas have a vital role to play in protecting our dwindling wildlife – locally, nationally and internationally. In the face of climate change, broad-scale land clearing and other threats to native plants and animals, our national parks, in particular, are critical biodiversity refuges. They should be allowed to comply, unchallenged, with what the Nature Conservation Act 1992 specifies as their cardinal principle of management:

These areas are not locked up as claimed by some. Many visitors enjoy the beauty and wonder of these places undertaking appropriate passive recreation. The so-called ecotourism commercial developments have a place but certainly not on mainland national parks. If built in accordance with conditioned approval by the relevant authorities adjacent to national parks such as O’Reilly’s Rainforest Retreat, Green Mountains it is not a problem.

We can thank the Newman LNP Government for this commercial accommodation development being allowed to occur on national parks because of amendments to the Nature Conservation Act 1992 (NCA) in 2014. The Palaszczuk government has elected to take advantage of these amendments instead of rescinding them and restoring the original purpose and intent of the NCA as well as the cardinal principle of management for national parks.

Clearing of habitat may be the most significant factor posing threats to our wildlife, but biosecurity issues are significant threats. Feral animals are invading urban and periurban areas. Animals such as wild dogs, feral deer, feral cats and Indian myna bird are all causing impacts.

Legislation exists for the humane control of these species, and there exist obligations for that to occur. However, it appears those responsible for administering the legislation have elected not to put the necessary compliance and enforcement programs in place.

Wildlife Queensland readily admits that we lobby for stronger environmental legislation, and it is needed. Still, a step in the right direction would be for governments and local authorities to use the powers that already exist to assist in arresting the decline in biodiversity.

However, not all interactions with the various Departments have been frustrating. Our involvement with the Department of Agriculture and Fisheries concerning a review of biosecurity legislation has been very positive. Also, the Department of Natural Resources, Mines and Energy has kept Wildlife Queensland abreast of developments regarding amendments to the Stock Route Network Regulations and Strategy. Though, it is exasperating that these issues are yet to be finalised. 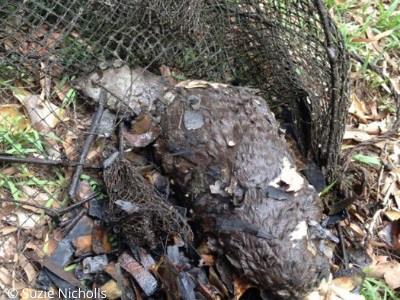 Platypus found dead in a trap in the Lockyer Valley. image © Suzie Nicholls

One of our most challenging objectives is having opera house yabby traps banned in all public waters in Queensland. The recent changes to regulations have failed to stop air-breathing fauna such as platypus, turtles and rakali from drowning and being regarded as mere bycatch.

Why Queensland does not follow Tasmania and Victoria in banning such traps is a mystery or is it that there are 800, 000 fishers that all vote?

At the November 2019 Meeting of Environments Minsters in Adelaide, the commonwealth, state and territory ministers reaffirmed their commitment to work together to deliver practical environmental outcomes that address the range of challenges facing our environment. One of the challenges was the opera house trap. The ministers agreed to pursue a nationally consistent approach to address the negative impacts that ‘opera-house’ yabby nets have on Australia’s native wildlife, in particular on the platypus. Wildlife Queensland waits in hope.

Despite the recent drought, fires and floods, there remains a significant percentage of the population that thinks enough is already being done to address climate change and its impact. According to one recent survey, Queensland is home to the highest percentage of the Australian population that share that view. Perhaps that’s why neither of the major political parties has the environment high on the agenda?

If anything, these catastrophic events highlight a necessity for stronger environmental laws and measures to better protect and conserve our native wildlife and vital habitats.

Getting people to listen is the first step in bringing about change!

Wildlife Queensland will continue lobbying for enhanced protections and conservation of our wildlife. But we need your help to achieve this. Tell candidates for the coming elections that you care about the environment and its wildlife – demand action!

Wildlife Queensland is working with like-minded organisations to devise a set of actions that would assist greatly in reducing the impact of key threats on our biodiversity. When finalised, these will be presented to political parties for consideration and hopefully, commitment. Stay tuned for updates.