Counting the Cost of Invasive Species

‘Pests’ set Australia back over $389 billion

A new study by Flinders University and the ARC Centre of Excellence for Australian Biodiversity and Heritage estimates the economic impact of trying to halt the feral invasion in Australia and shows just how costly weeds can be.

It is no secret that invasive, or feral, species have had a catastrophic effect on biodiversity all across this continent. The decline in native mammals over the past 200 years, particularly small- to medium-sized mammals within the ‘critical weight range’, can largely be attributed to feral carnivores such as the feral cat and red fox. Add to that environmental degradation caused by feral hoofed stock—pigs, goats, camels, brumbies and donkeys—and invasion is undoubtedly the most significant extinction threat to our native flora and fauna.

The true cost of ferals

Drawing on data from InvaCost and other datasets that measure invasive herbivores, plants, and disease-causing agents, a recent study published in NeoBiota estimated the total costs of managing invasive species over the past six decades at AUD 389.59 billion.

Dubious inclusions on the list of ‘pests’ were irruptive, and occasionally disruptive, native mammals such as kangaroos, koalas, and wombats. Combined, these species were found to account for just 2.4% to 3% of the total expenditure, with that almost wholly attributed to kangaroos, which are well-managed by existing protocols.

Wildlife Queensland recognises the need to manage populations of native species that have been introduced outside of their historical range or in cases where rapid population increases result in environmental damage; however, the inclusion of native species as pests minimises the fact that wombats and koalas are themselves adversely affected by introduced invasive carnivores and feral competitors and may be at risk elsewhere within their range.

It isn’t just our fauna being forced to compete with non-natives. Australian flora is fighting a losing battle with weeds.

Of this continent’s 3,200 plus introduced plant species that have become naturalised, some 500 taxa are considered noxious or are subject to legislative control. Perhaps unsurprisingly, trying to stem this floral invasion was the most expensive exercise of all, putting us $204 billion out of pocket over the past sixty years, according to the recent study.

Parthenium (Parthenium hysterophorus), ragwort (Senecio jacobaea), and ryegrass (Lolium rigidum) were the worst offenders, proving the most expensive to control.

Not winning against WoNS 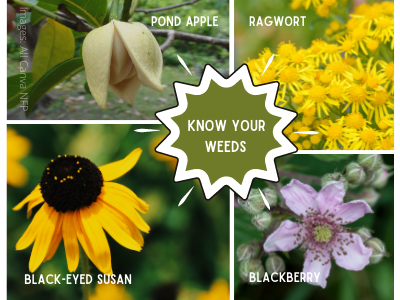 Australia lists 37 plant species as Weeds of National Significance, or WoNS; among them are escaped orchard plants such as European blackberries (Rubus fruticosus), which have usurped some 9 million hectares in Australia’s south, and pond apple (Annona glabra).

Blackberry thickets ramble out of control, creating fire hazards and preventing the germination of native seeds, while pond apples, which were first introduced to graft custard apples, aggressively invade freshwater and brackish waterways, wetlands, and coastal habitats in north Queensland.

How you can help stop the spread of weeds

Under Queensland’s Biosecurity Act 2014, we all have an obligation to minimise the spread of invasive species. You can help by:

The economic costs of controlling invasive species in Australia are substantial, making it even more imperative that we have robust biosecurity laws to prevent future alien arrivals.

Wildlife Queensland continues to urge state and federal government to invest in arresting the threat of invasive plants and animals. After all, funding the ongoing conservation of Australia’s threatened species and safeguarding our biodiversity is not a cost but rather an investment in the future of our wildlife and wild places.