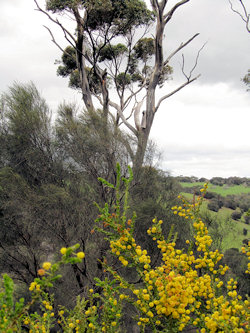 The environment appears to be under attack on all fronts. Since March 2012 the Queensland Government’s attitude to the

environment and its wildlife has been less than caring broadly speaking. Now the Commonwealth Government is in on the act with the Environment Legislation Amendment Bill tabled on 14th November 2013. The intent of this Bill aims to allow the Environmental Minister to ignore advice of the Threatened Species Scientific Committee when approving or not approving a development that significantly impacts on matters of national environmental significance. The Bill also aims to make the legislation retrospective. When this is taken into consideration with the fact that ‘merit appeals’ are no longer permitted under the EPBC Act then it limits public access to the courts. The Bill also increases penalties for illegal take of wildlife. This is of course a good thing and perhaps the Commonwealth Government was hoping that the threat to the environment would go unnoticed.

The real effect of the proposed legislation is that whenever the Commonwealth Environment Minister is required to have regard to an ‘approved conservation advice’ but then fails to do so then that failure can no longer be challenged in court. However there has been no proposed change to the requirement for there to be an approved conservation advice for each listed threatened species which is developed in consultation with the Scientific Committee.

At this stage there is no proposed change to the requirement for the Commonwealth Environment Minister to ‘not act inconsistently’ with a recovery plan for the species or a threat abatement plan. The boggomoss snail may yet save us from the unnecessary Nathan Dam on the Dawson River still on the agenda and has been since the 1920s.

Wildlife Queensland has major concerns that the Abbott Government intends to walk away from its responsibilities in caring for the environment and its wildlife. Action has already been initiated with the Queensland Government to devolve ‘approval bilaterals’ to the State. It appears that it is the intention of the Commonwealth Government to retain certain powers under the EPBC Act. Wildlife Queensland would prefer to see the Commonwealth Government not only retain all its powers under the EPBC Act but strengthen those powers.