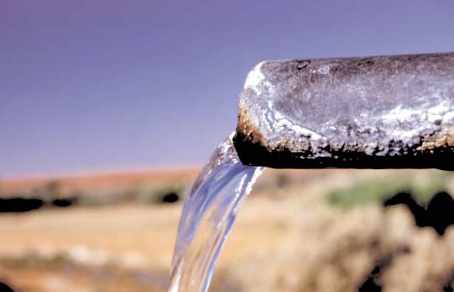 gave approval for the construction of the Connors River Dam and pipelines project as well as Moranbah to Alpha pipeline project.

SunWater Limited submitted a proposal to construct and operate the Connors River Dam and water distribution pipeline(s) and associated infrastructure near Mt Bridget, Fitzroy River Basin, Central Queensland. The principal purpose is to provide increased reliability and security through improvements in water supply. The major users will be the mega coal mines in the Galilee Basin. The approval has some 16 conditions that have to be satisfied. However the habitat of the endemic Fitzroy River turtle and the squatter pigeon (southern) as well as brigalow communities are potentially at risk. A major concern is how effective the compliance program will be in ensuring the proponent satisfies all those conditions and, of greater concern is, will those conditions adequately minimise environmental harm.

SunWater Limited has also been given approval to construct and operate a trunk water pipeline and associated infrastructure from Moranbah to Alpha, Queensland. The pipeline will deliver water to the Galilee Basin to meet forecasted demand for water by commercial mining operations and provide a reliable water supply to the town of Alpha. The 276 km pipeline will draw water from the Moranbah Picardy Storage and supply up to 25,000ML per annum to commercial and urban customers. The common user pipeline will be underpinned by long-term supply contracts with some of Central Queensland’s largest mining operators. It is estimated that the water transported by the Moranbah to Alpha Pipeline project will facilitate approximately 80 mtpa of additional regional coal production for output. Whilst the pipeline will provide the majority of water to commercial mining operations, water will also be made available to supplement Alpha’s town water supply located within the Barcaldine local government area.

SunWater’s preliminary investigations on potential social and environmental impacts of the pipeline have found to be minimal. SunWater has obtained all environmental and planning approvals necessary to construct the pipeline and supply water to customers. SunWater has also undertaken cultural heritage assessments of the area and consulted with the Traditional Owners. No areas of significance have been identified along the pipeline route. This is not a controlled action under the Environment Protection and Biodiversity Conservation Act.

Wildlife Queensland is not opposed to development provided such development is necessary and sustainable. Wildlife Queensland has a right under the Administrative Decisions (Judicial Review) Act 1977 to request a statement of reasons for each of the above decisions and has exercised this right. Naturally Wildlife Queensland has to establish that it is an organisation aggrieved by the decision and that is easily done by reference to our constitution and based on past history of being engaged in various activities towards the protection and conservation of our environment. This action is not taken lightly and by no means is intended to frustrate the process. Wildlife Queensland needs to understand the reasoned logic behind the decision to be more confident that every possible consideration has been given to the protection of the environment, the wildlife and its habitat.

A letter has been sent to Minister Tony Burke and Wildlife Queensland now awaits the Minister’s response to determine if any further action is required.