Action on the Fisheries Front 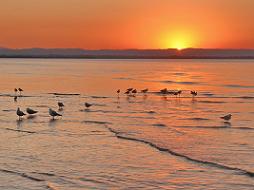 The Hon John McVeigh, Minister for Agriculture, Fisheries and Forestry recently advised Wildlife Queensland, a key stakeholder, that the coming year will be a very busy year.

Fisheries Queensland has started with a fresh outlook and a plan of action to address a number of key projects.

Senior staff changes have occurred. Scott Spencer, a very experienced senior bureaucrat under various governments since the 1980s, has been appointed as Managing Director, Fisheries Queensland. Scott is well known to Wildlife Queensland and enjoys a well deserved reputation as being approachable and also prepared to listen. Maria Mohr is the Executive Director, Fisheries Policy and Operations and her experience and knowledge can only but benefit the industry.

A plan of action exists to address a number of key projects. These include the crab, East Coast Trawl and freshwater fisheries.

Wildlife Queensland has an interest in all of these projects but a particular interest in the East Coast Trawl and freshwater fisheries. The review of the East Coast Trawl Fishery commenced in 2009. This fishery is a multi-species fishery that includes inshore and offshore trawl fisheries, Moreton Bay trawl fishery and the beam trawl fishery. The main target species are prawns, bugs and scallops. Consultation phases have been held and the two advisory committees established have considered information provided during regional meetings and comments from the submissions received in the context of the existing scientific knowledge that underpins to a large degree the fishery. The advisory committees have stated that significant reform is required to ensure the ecologically and economic sustainable future of the fishery. Wildlife Queensland awaits the exact detail yet to be released. However it will be some time as a significant period of time is required even when the proposed amendments are finalised before the relevant legislation is in place. In the interim the fishery continues to be managed in accord with the 2010 Management Plan.

Back in 2009 Wildlife Queensland commenced a campaign to address the use of opera house traps in the rivers, creeks and public fresh water holding facilities in Queensland. Opera house traps cause the death of non-target species in particular platypus, turtle and water rat. The use of these traps has been banned in Tasmania, Victoria, Australian Capital Territory and in New South Wales east of the Newell highway. Currently in Queensland the use of such fishing apparatus is legal. Wildlife Queensland has been working with Government to find a way forward. A number of options have been addressed by the working group of the freshwater fishery. Research on structural modification of the traps has been carried out but to date such modifications have proved to be unsuccessful with not only the non-target species escaping but a large percentage of the target species as well. Wildlife Queensland is awaiting the outcome of the fresh water fishery review and hopes that our wildlife will be protected from these death traps.

The LNP Government is also continuing to deliver on the election commitment to buyback commercial net fishing licences. The first round of offers closed in January, and Fisheries Queensland is now working with QRAA to progress advice, with meetings scheduled in the coming weeks. This will benefit our marine life, dolphins and turtles in particular.

The Hon John McVeigh advises “Monitoring our fisheries also remains a top priority to ensure future sustainability. This year will see the implementation of an enhanced recreational fishing monitoring program as a key election commitment, and also the ongoing monitoring of all our fisheries across the sectors.”

Wildlife Queensland welcomes such advice and will be closely monitoring progress under the new management regime.