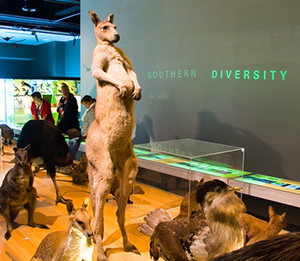 On 18 June 2014, the Senate referred the Abbott Government’s

attacks on Australia’s environment for inquiry and report by the third sitting day in 2015. On 27 August 2014 the Senate extended the reporting date to the third last sitting day in June 2015. As a result the deadline for public submissions has been extended to 10 November 2014. There is still time to inform the Senate Standing Committees on Environment and Communications of your concerns. Wildlife Queensland will certainly take this opportunity to make a submission.

The Abbott Government’s attacks on Australia’s environment, and their effects on our natural heritage and future prosperity, including:

Since the Abbott Government won the 2013 election, the coalition Government has attacked the environment and many of the laws and regulations that once protected it and its biodiversity. Did the legislation require review? Certainly, but strengthening regulation should have been the objective, not weakening it. The approach adopted by the Abbott Government flies in the face of established facts:

When will the government appreciate that a healthy environment leads to a healthy society which in turn results in a healthy economy? The natural spaces across our broad landscape underpin our living ecosystems providing the air we breathe and the water we drink. These natural landscapes are valued by many, support a large component of the tourist industry and must be protected by sound and appropriate legislation.

Wildlife Queensland is so dismayed by the performance of the Abbott Government with regard to the environment it is difficult to know where to begin. Guidance can be taken from the Senate terms of reference:

The State of the Climate Report 2014 details a list of factors that will have a range of economic, environmental and social impacts upon Australian communities. These impacts include tourist sites, changes in ecological function which place pressure on plants and animals, and potentially more severe droughts and bush fires. There are indications of health impacts for various sectors of the community. The Abbott Government has responded to these challenges with backward steps – axing a price on carbon, attempting to repeal or at least reduce the renewable energy target and abolishing the Climate Commission. The Government continues to provide tax incentives and special tax treatments to fossil fuel-based and mining industries.

The ongoing move by the Abbott Government to devolve Commonwealth environmental powers under the EPBC Act to the states and territories is also a retrograde step. Wildlife Queensland is not opposed to regulatory reform as long as it is not at the expense of the environment. The rhetoric that there is nothing to be concerned about because the Environmental Impact Statement (EIS) process is in place is cold comfort. In Queensland the EIS is the developer’s dream and the environment’s nightmare. The following questions must be raised:

Budget after budget the percentage of funds allocated to the environment portfolio continues to decline. Such action results in fewer funds available to address an ever increasing challenge. The big loser, of course, is the environment and its biodiversity. Wildlife Queensland is fortunate in that our operations do not depend on government funding. However, our Society views with concern the action taken against the Environmental Defenders Office, an organisation that served the conservation movement and assisted many sectors of the broader community in accessing their legal rights. When a government moves to curtail the democratic rights of its citizens we should all be very concerned.

The management performance by governments of one of our 19 World Heritage Listed Areas, the Great Barrier Reef, is such that the Reef is under consideration of being listed ‘in danger’ by UNESCO. Furthermore the Abbott Government endeavoured to have 70 000 ha of forest in Tasmania’s World Heritage Area delisted. Such actions drew international criticism and rightly so. Further still, governments have been tardy and reluctant in listing new or additional areas. Cape York is crying out for listing and significant additions to the Fraser Island World Heritage Area are required. Governments are now hastening to convince UNESCO not to list the Great Barrier Reef World Heritage Area as ‘in danger’ but their plans fail to take the bold steps required to provide absolute reassurance – steps which are known and have been for some time.

Wildlife Queensland will be seizing the opportunity to lodge a submission on the Abbott Government’s attack on the Australian environment. Our organisation is not alone in being deeply concerned by these unprecedented attacks, and encourages you to voice concerns of your own. It appears that if the community speaks out long and loud enough there is a chance governments will listen. Recent action around the dumping of dredge spoil now likely to be on land and amendments to the use of opera house yabby traps is evidence of this.

The Abbott Government’s continued onslaught of the environment and its wildlife must stop. Show our governments that many people care.

Written submissions may be posted to:

For the submission to be valid it must be signed and dated, and the name and address of the writer must be provided.